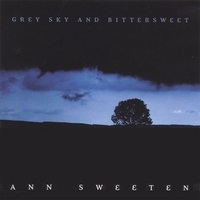 Ann's Website Ann's Artist Page on MainlyPiano
Album Links
Amazon (referral)iTunes
This site contains affiliate links to products. We may receive a commission for purchases made through these links.
Grey Sky and Bittersweet
Ann Sweeten
2007 / Orange Band Records
57 minutes
Review by Michael Debbage
Stylish and sophisticated, Ann Sweeten has always presented a fine mix of New Age music with her well rooted classical themes. This time around Sweeten has added a low calorie sweet factor and the results are simmering with splendor. So much so that Grey Sky and Bittersweet is Ann’s most accessible and warmest recording to date but not at the expense of extracting her classical foundations.

This is Ann’s seventh recording but it is her first to be produced by Will Ackerman who has brought along his A team of session musicians who appear on seven of the albums twelve compositions. However, much like the results of Stanton Lanier’s latest recording, the performances are used sparingly thus leaving the spotlight on this classically trained pianist. Speaking of the spotlight, Sweeten opens the disc with her solo performance on the gentle cascading of “Water Diamonds”. Elegant but not too complicated it is a great introduction of what to expect. Similar performances can be found on the descriptively titled “Autumn’s Last Caress” that musically lives up to its name as well as the quietude of “Rainbow Moon”.

Otherwise, the remaining balance of the album has gentle shades of instrumentation that include the acoustic guitar, hopi drum, cello, oboe, English horn, Native American flute, flugelhorn, upright bass and even non lyrical vocals. But as previously stated the instrumentation only supplements Ann’s delicious piano work. Some of the highlights are Noah Wilding’s caressing vocals on the peaceful “Dawn On Red Mountain” that is barely audible almost sounding like a string augmentation. The results are simply astonishing. Meanwhile, Mr. Ackerman himself appears on “A Winter’s Reverie” gently strumming alongside Ann, resulting in a wistful performance from both artists. But, the best accompaniment can be found on “Looking Back” where Eugene Friesen’s cello work is in utter unison with Ms. Sweeten’s achingly beautiful piano work.

Bordered with a lightly colored rainbow of hidden optimism, Grey Sky and Bittersweet is one of Ann Sweeten’s most personalized recordings to date. In fact, she goes so far as to even include a very personalized narrative of where she has been and who she has become. Her music is still compelling and sophisticated with her trademark classical nuances all in place avoiding any accusation of sellout. Her music is as balanced as the title of her album suggests and also represents one of 2007’s finer efforts.
April 28, 2012
This review has been tagged as:
Michael's Favorites: 2007
Ann's Website Ann's Artist Page on MainlyPiano
Album Links
Amazon (referral)iTunes
This site contains affiliate links to products. We may receive a commission for purchases made through these links.
More reviews of Ann Sweeten albums 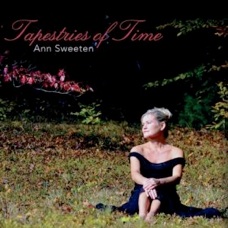 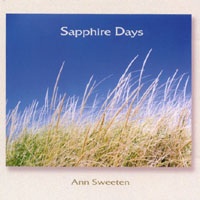