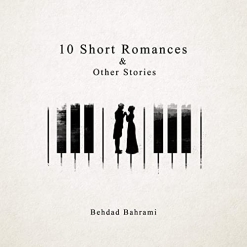 Behdad's Website Behdad's Artist Page on MainlyPiano
Album Links
SpotifyAmazon (referral)Apple/iTunes
This site contains affiliate links to products. We may receive a commission for purchases made through these links.
10 Short Romances & Other Stories
Behdad Bahrami
2019 / Behdad Bahrami
36 minutes
Review by Kathy Parsons
10 Short Romances & Other Stories is the second album by Iranian composer/pianist Behdad Bahrami. Behdad released his very impressive debut, the solo piano Your Last Smile, in 2011. 10 Short Romances & Other Stories was released in 2019 and is a combination of solo piano and more orchestrated works. When Behdad started composing the music for this album, he was studying composition at Tehran University of Art and had developed a fascination for composing for orchestras and ensembles. The project began with a group of preludes he wrote for a composition class. By definition, preludes are short pieces, which gave Behdad the idea to do an album of shorter works. The first ten tracks are the "10 Short Romances" and the other six are more experimental, focusing on atmosphere and improvisation, rather than on melody. There is quite a variety in the music - from fairly classical (piano and strings) to ambient to rock with some amazing electric guitar, organ and solo piano. It's a fascinating album on several levels with some really great music as well as a glimpse into the mind of a young composer who is establishing a unique and distinctive style.

The album begins with a very short "romance," the 39-second "Lost Romance," a melancholy and very beautiful piano solo. "Rainy Romance," a bittersweet trio for piano and stings, has a catchy lilt. "Forgotten Romance" is a favorite and has a much fuller string section behind the piano - perfect for a sad romantic film! "Nocturnal Romance" is also a favorite. It begins as a duet for cello and acoustic guitar, adds a full string section, and then trails off at the end. In just over a minute, Behdad expresses the turbulence of a "Stormy Romance" with an intricate and very expressive piano solo. "Wrong Romance" would also be wonderful in an emotional movie soundtrack with its piano in the lead and orchestrated backing - powerful and compelling! "Secret Romance" begins as a soft piano and strings piece, so it's a bit of a surprise when the electric guitar enters and briefly takes over the melody in two different sections - contrasting styles that work well. At almost 3 1/2 minutes, "Missed Romance" is the longest of the "romances," and what a beautiful piece it is! Piano, cello, oboe and orchestral strings combine to create a soul-stirring musical experience. The powerful electric guitar makes a second appearance in the haunting "Dark Romance," which also features piano, voices and strings.

Leaving the "10 Romances," "Joyful Pain" is an intriguing title for an elegant and soulful piano solo. The 4 1/2-minute "Unfinished Journey" is the longest track on the album and is my favorite. Piano, percussion and organ merge elements of rock, jazz, blues, pop and classical styles to create a piece that begins very sedately, steadily builds and goes out with a bang. I love it! "Alone in the Galaxy" is much more ambient with piano/keyboard and electronic instrumentation and effects that give you the feeling of being alone in a vast and very dark space. "Missing You" is also on the atmospheric/ambient side with piano and keyboards creating an uneasy tension. "Somewhere in Nowhere" is a very abstract and unstructured piano solo that goes very dark and uncomfortable. "Rapture" brings this intriguing album to a close with an experimental piece that combines piano and electronics to create shimmering sonic effects and an almost out-of-body feeling.

10 Short Romances & Other Stories takes us on quite an amazing musical journey - one that I look forward to repeating many times! The album is available digitally and for streaming on Amazon, Apple Music/iTunes, Spotify and other sites. Check it out!
March 26, 2021
Behdad's Website Behdad's Artist Page on MainlyPiano
Album Links
SpotifyAmazon (referral)Apple/iTunes
This site contains affiliate links to products. We may receive a commission for purchases made through these links.
More reviews of Behdad Bahrami albums 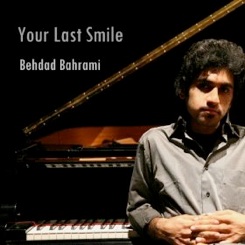