Winter Carols is a two-disc set of 24 Christmas carols performed in the Medieval and Renaissance-era styles Blackmore’s Night has become known for over the past 20 years. (There are actually a few more than 24 songs since a few of the tracks are medleys.) Originally released as a 12-song album in 2006, the recordings have been digitally remastered and three new songs were added to Disc 1. Disc 2 features live versions of five of the songs from the 2006 version and four different versions of the 2013 single, “Christmas Eve.” Candice Night’s soaring voice leads the group on a colorful and spirited journey through holiday music that has come down to us through the ages. Most of the lyrics are very familiar, but Night’s singing voice is clear, earthy and very easy to understand in the carols that are not so commonly-known. The whole Blackmore’s Night group consists of Ritchie Blackmore on guitars; Night on vocals, recorder and shawm (a conical bore, double-reed woodwind instrument made in Europe from the 12th century to the present); Earl Grey on rhythm guitar and bass, Bard David on keyboards and Scarlet Fiddler on violin.

The three new songs on Disc 1 are “Deck the Halls,” “God Rest Ye Merry, Gentlemen” and “O Christmas Tree” and appear as the first three songs on the album. I haven’t heard either of the original versions of this album, but the sound quality on this one is excellent. There are too many songs to mention all of them individually, but favorites include the medley of “Hark! The Herald Angels Sing” and “O Come All Ye Faithful,” which sounds like it could have come out of a pageant centuries ago. Well, at least until Blackmore plays the bridge on his electric guitar, which is a fun contrast! If this one doesn’t raise your spirits, you need to find out what ails you or have another sip of grog! “Winter (Basse Dance)” is the only instrumental track on this disc and is gorgeous with acoustic guitar, strings, flutes, and light percussion. “Lord of the Dance/ Simple Gifts” isn’t really a medley because the hymn, which was written by English songwriter Sydney Carter in 1963, uses the melody of the American Shaker song, “Simple Gifts.” This arrangement is lively and celebratory. “Wish You Were Here” is a cover of a song recorded in 1995 by Rednex - it’s not the Pink Floyd song. Poignant and soulfully sung, I love this one! “Emmanuel” is one of the oldest carols that we still sing, and this arrangement highlights Night’s voice with a light acoustic accompaniment that suits the song perfectly.

The first five songs on Disc 2 are “Live From Minstrel Hall”: “Hark! The Herald Angels Sing/ O Come All Ye Faithful,” “Emmanuel,” “We Three Kings,” “Ma-O-Tzur,” and “Good King Wenceslas.” These aren’t too different from the studio versions, but there is some bantering among the band members and some improv in the music - it’s a fun addition. The four versions of “Christmas Eve” (a song that also appears on Disc 1 - perhaps a little bit of overkill!) are the original 2013 version, the German radio edit (sung in German), a second radio edit that is sung in both English and German, and a radio edit in English. Since Disc 2 is mostly a disc of bonus tracks, these minor criticisms are just that - trifling. I would imagine for most listeners, it will be once or twice through Disc 2 and then back to the main attractions on Disc 1.

So, if you are looking for a spirited and upbeat Christmas album, Winter Carols is an excellent choice. There are mellow moments, but this album is definitely on the joyous side - something the whole world could use a lot more of! The album is available on Amazon and iTunes. Recommended! 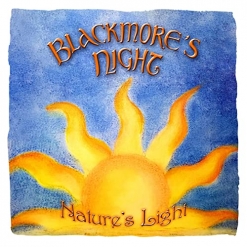