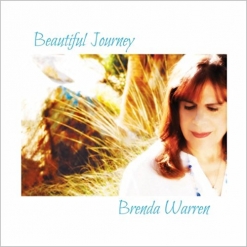 Brenda's Website Brenda's Artist Page on MainlyPiano
Album Links
Amazon (referral)iTunesCD Baby
This site contains affiliate links to products. We may receive a commission for purchases made through these links.
Beautiful Journey
Brenda Warren
2018 / Baby Korn Music
50 minutes
Review by Kathy Parsons
Brenda Warren’s Beautiful Journey is her third release and is a combination of twelve original piano solos and piano with ensemble compositions. “Beautiful Journey is about hope and the strength we find in ourselves to move forward in times of heartache…. We all want to be on a journey filled with beauty and LOVE.” (quoted from the liner notes) Recorded at Will Ackerman’s Imaginary Road Studios in Vermont, the ensemble pieces feature several of the outstanding musicians who appear in most of Ackerman’s productions - Charlie Bisharat (violin), Eugene Friesen (cello), and Jill Haley (English horn), to name a few. My favorites on the album are the piano solos, as Warren has a very strong playing and composing style that I have loved since I saw her play live in one of the first Whisperings Solo Piano Radio concerts (in my front room!!!) back in 2004.

Warren started playing the piano at 4 and entered the Detroit Conservatory of Music at 8. She graduated from San Francisco State University as a music major, and a musical she wrote was performed in SF for a year before she moved to Southern CA. In addition to international airplay, Warren’s music has been featured in television and documentary films. It has been fifteen years since she released As Years Go By and eleven since she re-released her 1990 debut, Childhood Dreams, so it’s a real treat to have new music from Brenda!

Beautiful Journey begins with “Imagine Spring,” a graceful piano solo with a very slight Asian flavor - most likely in reference to the cherry blossoms that grace the inside cover of the CD and are so symbolic of the beauty and fresh start spring brings each year. “Open Heart” starts out as a quiet but deeply emotional piano solo, gradually becoming a piano and cello (Friesen) duet - a combination of instruments that I love. “Without You” begins as something of a solo piano soliloquy - dark and pensive, and perhaps composed late at night. Premik Russell Tubbs adds atmospheric tones, but this one is mostly piano. The title track is a piano solo that flows freely and expressively, looking forward and reflecting on the past. “Beneath Cherry Blossoms” feels very much like a gentle spring breeze that creates clouds of pink petals drifting to the ground. The second half of the piece brings in more of the ensemble - gorgeous! “New Morning” is a peaceful and serene duet for piano and violin (Charlie Bisharat) that beautifully expresses the warmth and optimism of a new day. “Drifting” begins as a piano solo with the spontaneous feeling of an improvisation, bringing in much of the ensemble in the middle of the piece and then finishing as a solo. “Delicate Dance” is a slow waltz that hints of Erik Satie with its simplicity, distinctive harmonies and haunting quality. The final track, “Forgiveness,” is a very powerful piece of musical soul-searching that feels “in the moment” and completely honest - an intense closing to an excellent album.

Beautiful Journey marks the return of a exceptional artist, and I hope it won’t be fifteen years until Brenda Warren’s next release! The album is available from Amazon, iTunes and CD Baby. Recommended!
April 29, 2018
This review has been tagged as:
Kathy's Favorites: 2018Kathy's Picks
Brenda's Website Brenda's Artist Page on MainlyPiano
Album Links
Amazon (referral)iTunesCD Baby
This site contains affiliate links to products. We may receive a commission for purchases made through these links.
More reviews of Brenda Warren albums 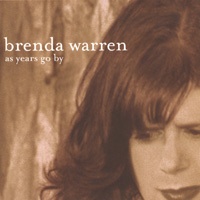 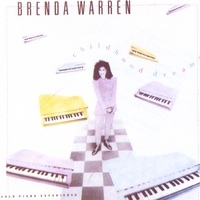