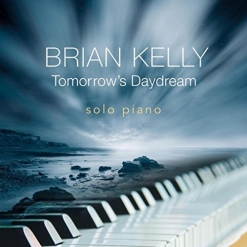 Brian's Website Brian's Artist Page on MainlyPiano
Album Links
Amazon (referral)iTunes
This site contains affiliate links to products. We may receive a commission for purchases made through these links.
Tomorrow's Daydream
Brian Kelly
2018 / Skylight Music
45 minutes
Review by Kathy Parsons
Tomorrow’s Daydream is the fourth album from SF Bay Area pianist/composer Brian Kelly. Although the album was just released, it has already garnered two silver medals from the 2018 Global Music Awards - one for “Album” and one for “Instrumental Performance, Solo.” I’m sure the awards won’t stop there as this is an outstanding album! All eleven tracks are original piano solos that reflect Kelly’s diverse music background. He started his piano studies at the age of 8, going on to study composition, improvisation and jazz piano through college and beyond. He also has extensive experience as a stage actor and singer. Strong jazz and classical elements are apparent in the music on Tomorrow’s Daydream, as are gospel, pop and rock influences that blend to create a sound that is uniquely his own. I should also mention that Brian Kelly has the chops to express pretty much anything he chooses with ease. “The boy can play!”

Kelly’s 2015 release, Butterfly Rapture, won and was nominated for several awards and is currently nominated for Best Solo Piano Album in the 2018 Enlightened Piano Radio Awards to be presented in Berlin in October 2018. Kelly’s first album, Pools of Light, was released in 2004 and was named “One of the Best Albums of the Decade” by this reviewer.

Tomorrow’s Daydream opens with the title track, a piece that starts out at a leisurely pace and gradually becomes livelier while maintaining a relaxed feeling. The energetic “Tracing Rainbows” expresses a magical excitement wrapped in swirling colors and joyful exuberance - a favorite! “Dancing With the Moon” begins with a Baroque-sounding intro that becomes beautifully delicate and almost fragile, gradually building to an expressive peak before returning to the softer theme. Near the end of the piece, Kelly inserts a passage that sounds almost like a harp - wow! “Our Own Window” is smooth jazz with a slight edge - cool, relaxed and very graceful. “Daffodil Hill” is another favorite with its joie de vivre spirit and carefree innocence. I feel exactly like this when the daffodils start opening in the early spring and a whole hill covered with them is almost euphoric! “Meant to Fly” takes a poignant, bittersweet turn that is as beautiful as it is emotional - another favorite. “Iris Blue” makes me think of dancers in filmy blue dresses gracefully welcoming the promise of spring - I really like this one, too! “Journey Home” begins with a simple melody that seems to have its soulful roots in gospel music, gradually building more complexity and then returning to the simplicity of the opening passage. “All of Thee Above” has a gentle, uplifting energy that is unhurried and free. The spirited “Secret Look” overflows with unbridled happiness - also a favorite. “Before You Go” closes the album in a more classical style that is both elegant and emotionally powerful - a fitting end to a great album.

Tomorrow’s Daydream is excellent from the first note to the last and I hope it will bring Brian Kelly the attention he and his music so richly deserve. The album is available from www.BrianKelly.com, Amazon, iTunes and CD Baby. Very highly recommended!
March 17, 2018
This review has been tagged as:
Kathy's Favorites: 2018Kathy's Picks
Brian's Website Brian's Artist Page on MainlyPiano
Album Links
Amazon (referral)iTunes
This site contains affiliate links to products. We may receive a commission for purchases made through these links.
More reviews of Brian Kelly albums 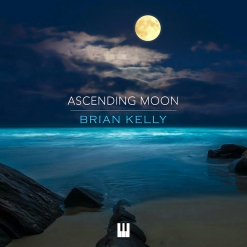 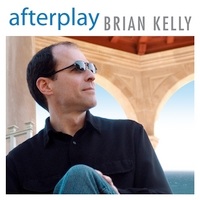 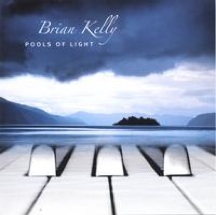