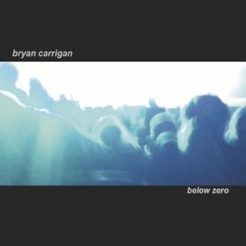 Bryan's Website Bryan's Artist Page on MainlyPiano
Album Links
Amazon (referral)iTunes
This site contains affiliate links to products. We may receive a commission for purchases made through these links.
Below Zero
Bryan Carrigan
2013 / Peonies Music
57 minutes
Review by Kathy Parsons
Below Zero is Bryan Carrigan’s fourth solo release in a little more than two years, following 2012’s Windows, which was nominated for ZMR’s Best Ambient Album of the Year award. Four albums certainly isn’t the extent of Carrigan’s music career, however, as he has worked behind the scenes on a multitude of award-winning recordings for other artists as well as music and sound work on more than 100 films. On Below Zero, Carrigan is credited as composer, performer and producer along with recording, mixing and mastering. In addition to his synths, samplers and drum machines, Carrigan plays the piano on most of the fourteen tracks and trumpet on two. Impressive! Calling the music “chill out” and “downtempo” might be accurate genre-wise, but this music is vibrant and very alive. Often strongly rhythmic and energetic, some tracks are ambient but not without a pulse. Easy music to have in the background, it is also fascinating to listen to with full attention. I especially enjoyed it while driving through the woods on the Oregon Coast.

Below Zero begins with the title track, an ambient piece with a strong electronic groove and a catchy beat. Very cool! “Premise” also has a compelling rhythm, but it’s slower and more relaxed with just a hint of mystery. I like! The Euro-pop flavor and higher energy level of “New Day” gets the toes tapping effortlessly. Going much darker, “Twist of Lime” features Carrigan on trumpet as it suggests shadowy figures and something nasty going down somewhere - very visual and atmospheric! “Runway” kicks up the intensity to an intoxicating level that really moves - definitely a favorite! “Detour” reminds me a bit of early James Bond music at the beginning and then veers off into a different direction. Darkly mysterious and very vivid, Carrigans’ film music experience is showing on this one (and others!). “Almost There” makes me think of dancers moving slowly and freely to the music, perhaps expressing loss or searching. “Frisky Martini” is one of the more unusual song titles I’ve seen recently! Without the rhythm track, this would be classic film noir music, complete with muted trumpet, but the rhythm updates it and gives it a groove. Slipping back into the shadows, “Slinky” contributes an intense and hypnotic bit of musical drama - love this one, too! “Carousel” brings the album to a close on a lighter note, revolving slowly and gracefully.

Below Zero will very likely bring Bryan Carrigan a new set of awards and commendations to add to his growing collection! It is available from www.bryancarrigan.com, Amazon, iTunes, and CD Baby. Highly recommended!
October 5, 2013
This review has been tagged as:
ZMR Winner
Bryan's Website Bryan's Artist Page on MainlyPiano
Album Links
Amazon (referral)iTunes
This site contains affiliate links to products. We may receive a commission for purchases made through these links.
More reviews of Bryan Carrigan albums 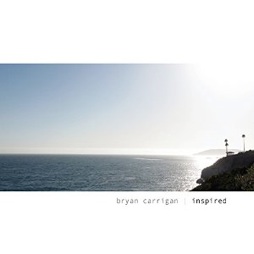 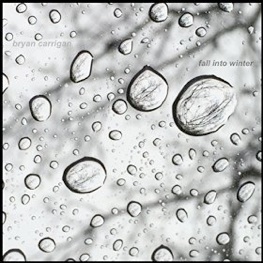 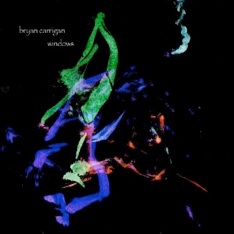