Chad's Website Chad's Artist Page on MainlyPiano
Album Links
iTunesAmazon (referral)
This site contains affiliate links to products. We may receive a commission for purchases made through these links.
Set on a Hill
Chad Lawson
2009 / Hillset Records
48 minutes
Review by Kathy Parsons
Set on a Hill is Chad Lawson’s debut solo piano CD, but Chad is no newcomer to the music industry. A session and back-up musician as well as the lead in his own jazz trio, he has scored film and television soundtracks and has toured the world with Julio Iglesias. It was during a concert with Iglesias that Lawson had the epiphany that he needed to get back to writing his own music and to making the solo piano CD he had always wanted to do. Many pianist/composers are content with composing music that will ultimately end up as background or mood music, but Chad Lawson’s music, while gentle and laid-back, was composed for more focused listening. Don’t get me wrong - this is wonderful music for the quiet moments in life whether alone or shared - but do yourself a favor and take some time to listen to this CD with closed eyes and no distractions. Produced by the legendary Will Ackerman, this is one of the few piano CDs he has done that is strictly solo piano. The open spaces are almost as important as the notes in Lawson’s music, and I can’t imagine any of these nine pieces as anything but solo piano.

Set on a Hill begins with “Will,” an open, roomy piece that starts with a single repeated note that evolves into a simple melody played with one hand in the treble clef. That melodic theme recurs throughout the piece in a kind of theme and variations form that is completely unbound by rules or requirements. It develops slowly and organically, and I suspect is mostly improvised. It’s a gentle and subtle invitation to settle down and listen to some extraordinary music. “Sojourn” conveys a quiet sense of anticipation and optimism with a rhythmic left hand and flowing melody. My favorite track on this excellent album is “Change of Season,” a moody minor-key piece that expresses melancholy, solitude, loneliness, reflection, and maybe acceptance near the end. This one makes my fingers ache! Sheet music??? The title track has a very graceful, lyrical feel and a sense of warm contentment. “She Walks in Beauty (The Wedding Song)” is the music Lawson composed for his wedding. Serious without any hint of heaviness, it is composed in an elegant, minimalistic style that must have been stunning in a wedding setting. The whimsically-titled “A Goldfish Named George” depicts the changing pace of fish swimming and how hypnotic it can be to watch them. It’s a gorgeous piece that leaves the listener wanting more.

Set on a Hill is generating a lot of buzz, and has already been nominated as Album of the Year by Whisperings Solo Piano Radio, so check it out for yourself. It is available from chadlawson.com, Amazon, CD Baby, and iTunes. Very highly recommended!
August 4, 2009
This review has been tagged as:
Debut AlbumsWhisperings Album of the Year
Chad's Website Chad's Artist Page on MainlyPiano
Album Links
iTunesAmazon (referral)
This site contains affiliate links to products. We may receive a commission for purchases made through these links.
More reviews of Chad Lawson albums 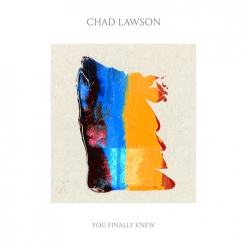