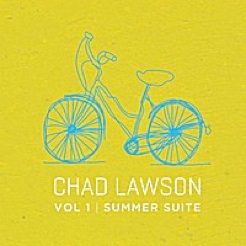 Chad's Website Chad's Artist Page on MainlyPiano
Album Links
Jim Brock's WebsiteAmazon (referral)iTunes
This site contains affiliate links to products. We may receive a commission for purchases made through these links.
Summer Suite, Vol. 1
Chad Lawson
2010 / Hillset Records
31 minutes
Review by Kathy Parsons
It’s always interesting to discover things in our own and other people’s lives that were simply meant to be. One such occurrence appears to be the making of Chad Lawson’s new release, Summer Suite, Vol. 1. On Chad’s birthday in late March, he had a call from a friend who wanted to test a new local recording studio and asked if he was interested in coming along to play. Chad had been thinking about doing an album with solo piano and percussion, so he called percussionist Jim Brock about doing a trial run to see if they could make it work. The two artists hadn’t played together in this format, so they basically turned on the recorder and “went for it.” They played through an idea for the main theme and then improvised from there. Summer Suite is a continuous 25-minute improvisation and the only edit/overdub is where Jim Brock went back and recorded one additional track to color what he had done previously in the Suite. There are nine tracks designated in the Suite (plus a separate piece at the beginning of the album), but there are no stops between the tracks - the implied divisions are simply there to make navigation easier to find specific parts of the piece. Summer Suite is quite different from Chad’s award-winning Set on a Hill in that it is more jazz-oriented and free. Chad is so pleased with the results that he plans to do a series of albums featuring himself with various other artists - a very exciting proposition! What is not different from Set on a Hill is that this is music that is meant to be listened to, not relegated to background music. The music is more than enjoyable, but it is also amazing to realize that it just poured out of two artists with very little preparation.

The album begins with “Heart of a Lion,” a joyous, uptempo piece that mixes dancing piano fingers with infectious rhythms. Chad Lawson is absolutely brilliant on this one! The next nine “tracks” make up “Summer Suite,” and, as I said, there are no breaks between the tracks. The music ranges from quiet and reflective to energetic and complex - sometimes melodic, sometimes repetitive, always interesting and inspiring. Percussion includes hand claps, ocean sounds, and many other instruments that enhance the piano rather than taking center stage.

It is my humble opinion that Chad Lawson’s little musical experiment succeeded incredibly well! He is asking an exceptionally reasonable price for this EP and download, so check it out! It is currently available from Amazon, CD Baby and iTunes. Recommended!
June 14, 2010
Chad's Website Chad's Artist Page on MainlyPiano
Album Links
Jim Brock's WebsiteAmazon (referral)iTunes
This site contains affiliate links to products. We may receive a commission for purchases made through these links.
More reviews of Chad Lawson albums

Set on a Hill
2009
Review by Michael Debbage
Debut AlbumsMichael's Favorites: 2009Whisperings Album of the Year 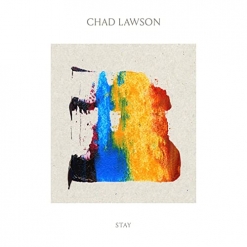