Chad's Website Chad's Artist Page on MainlyPiano
Album Links
Amazon (referral)iTunes
This site contains affiliate links to products. We may receive a commission for purchases made through these links.
The Chopin Variations
Chad Lawson
2014 / Hillset Records
2 discs: 5 minutes each
Review by Michael Debbage
Once again Chad Lawson continues not to repeat himself and this time gives his listeners an opportunity to hear and experience his interpretations of the classical composer Chopin. Not only does Lawson present his modern interpretations with his piano work lightly embellished with violin and cello accompaniment, but he also extends this project into a deluxe double disc edition with a complete alternative take of naked piano arrangements.

If you are expecting any kind of history lesson on Chopin or the genre he represents, then short of remembering from a fine arts appreciation class that he was from the Romantic era, Chopin was somewhat of a restrained composer whose quote on the album sleeve frankly totally matches with the current work of Chad Lawson. Frederic Chopin stated “Simplicity is the final achievement. After one has played a vast quantity of notes and more notes, it is simplicity that emerges as the crowning reward of art”. The music here or at least the interpretations explored are very much in the realm of the above quote as well as what has been explored on Lawson’s two prior releases The Piano and even more so The Space Between. Lawson continues to include the significant pauses with Chopin’s music as well as the continued production allowing you as a listener to journey into the inner workings of his piano as you hear the occasional clicks, creaks and muted percussive qualities of his instrument.

Whether you are a fan of Frederic Chopin or classical music for that matter really does not have any bearing on whether you should explore this specialty project. The Chopin Variations though rather subdued is Chad Lawson breathing life and imprinting his own DNA all over Chopin without disrupting or disrespecting one of the finest Romantic composers.
July 5, 2015
This review has been tagged as:
Classical
Chad's Website Chad's Artist Page on MainlyPiano
Album Links
Amazon (referral)iTunes
This site contains affiliate links to products. We may receive a commission for purchases made through these links.
More reviews of Chad Lawson albums 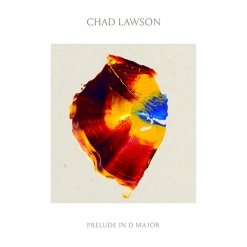 The Space Between
2013
Review by Kathy Parsons
Kathy's Favorites: 2013