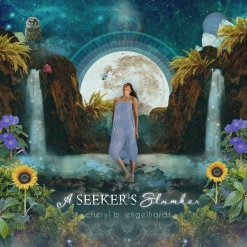 Cheryl's Website Cheryl's Artist Page on MainlyPiano
Album Links
Amazon (referral)Apple/iTunesSpotify
This site contains affiliate links to products. We may receive a commission for purchases made through these links.
A Seeker's Slumber
Cheryl B. Engelhardt
2021 / Cheryl. B. Engelhardt
37 minutes
Review by Kathy Parsons
A Seeker's Slumber is the follow-up to Cheryl B. Engelhardt's award-winning 2020 release, Luminary and is her sixth record to date. Designed to help the listener ultimately fall into a deep sleep, the ten original tracks take us on a journey through a day that includes awakening, conflict, resolution, release, reflection and relaxation. By incorporating the science of heart rate measurement, Engelhardt chose tempos for the music that would help the listener slow down and achieve a relaxed state.

In addition to Engelhardt's layered vocals, piano and other instrumentation, A Seeker’s Slumber features 2020 GRAMMY winner Joanie Leeds, thirty-seven members of Cheryl’s "independent musician mastermind," Amplify, and includes an appearance by drummer Shawn Pelton. Written, arranged, engineered, and performed by Engelhardt, much of this music was created during a two-month period when Cheryl was at home with a bad back. I found it interesting to learn that before creating each of the piano pieces, Cheryl would pull a tarot card to get in touch with the "divine goddess energy" she has been learning about. She began by recording piano improvisations using the entire piano - plucked strings and other effects - as well as playing the keys. Layered vocals are also a prominent part of the album - some with lyrics and some that are vocalizations. It's a beautiful album musically as well as a tool for relaxation, healing and renewal.

A Seeker's Slumber begins with "Ithaca," which was released as a single earlier this year. "Awaecnian" is the old English word for "awakening" and the song expresses the warm and optimistic promise of a new day. "Circlet of Pisces" is expressed with singing, chant and the sound of water in addition to piano, light percussion and other spare instrumentation. Mysterious and rather dark, it's a fascinating and compelling song. "Unwind" is one of my favorites. Also rather dark, it is a firm and soulful response to a conflict that runs deep. "I am not lost just because you can't find me." "Mother Gaia" features vocals by Joanie Leeds and Chava Mirel as well as Engelhardt in a magical ode to the ancestral mother of all life. "Anyway You Choose..." is a tribute to Cheryl's late father. Shortly before the album was to be finished, Cheryl found a taped conversation with her father where he gave the advice: "anyway you choose, is moving on." Finding both wisdom and rhythm in those words, she created a wonderful song that ends with her father's recorded voice and a piano cadence that fits it perfectly. "Temperance" is a very dark, almost spooky instrumental piece for piano and layered keyboard sounds. Slow and spare, it conveys the essence of very late at night. "Sopor" is defined an unusually deep sleep, and the ambient, soothing piece with that title that closes the album will certainly help to achieve that state.

Whether you choose A Seeker's Slumber for its music alone or to help with relaxation and se-stressing, the album is a very satisfying musical experience! It is available from www.aseekersslumber.com, Amazon, Apple Music/iTunes, and streaming sites like Spotify and Soundcloud.
August 13, 2021
This review has been tagged as:
Latest Reviews
Cheryl's Website Cheryl's Artist Page on MainlyPiano
Album Links
Amazon (referral)Apple/iTunesSpotify
This site contains affiliate links to products. We may receive a commission for purchases made through these links.
More reviews of Cheryl B. Engelhardt albums 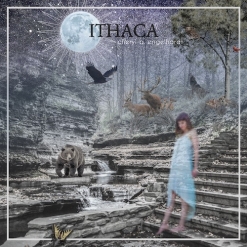 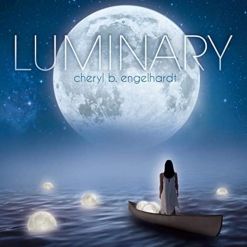