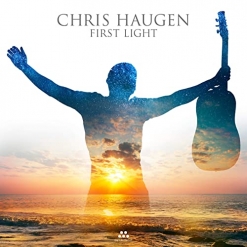 Chris' Website Chris' Artist Page on MainlyPiano
Album Links
Amazon (referral)iTunes/Apple MusicSpotify"First Light" video
This site contains affiliate links to products. We may receive a commission for purchases made through these links.
First Light
Chris Haugen
2020 / Real Music/Myndstream
35 minutes
Review by Kathy Parsons
First Light is the fifth solo release from guitarist/multi-instrumentalist Chris Haugen and his first on the Myndstream label. A fixture in the San Francisco music scene, Haugen has collaborated with a very impressive list of musicians and other Bay Area artists in addition to his solo work. The seven original tracks on First Light feature a variety of guitars, but the most prominent instrument is Haugen’s acoustic slide guitar. Some synth embellishments and light percussion are added here and there, but this is predominantly an acoustic guitar album.

The two major influences on Haugen’s music - his 30-year yoga practice and surfing in Northern California - seem very different from each other, but Chris explains: “This album is a deep meditation steeped in hope and vision, with the intent of bringing a sense of calm and connection to listeners.” What a soothing respite it is in this chaotic time! The title was intended to be a surfing reference, but takes on new meaning with some of the recent changes to our world. A feeling of warm optimism runs throughout the music, providing a gentle massage for the mind and spirit.

First Light begins with the title track, a piece that reflects the stillness and peace of a brand new day. The “official” video for this piece is visually stunning and illustrates the music beautifully. “Waves” reflects on the ocean at its most serene with a lazy surf and beams of light dancing on the water. More ambient than melodic, it’s almost as relaxing as a walk on the beach. “Peaceful Dream” is also very ambient and moves with the rhythm of someone’s breathing while in a deep sleep. “Distant Shores” ups the tempo a little for a daydream about what life might be like on the other side of the water. Layered guitars take us on a journey through the imagination. I’d love to see a video for “Fjord,” which seems to very effectively describe the majesty of a fjord and the smooth peacefulness of the water that flows through it - a favorite. “Wanderlust” is by far the longest piece on the album at a little over 10 minutes. With a relaxed, easy pace on the guitar and atmospheric synth background sounds, it’s a soft and dreamy journey to anywhere your mind wants to go. “Path of Light” brings the album to a quiet and gentle close, leaving the listener feeling refreshed, uplifted and ready to move forward. You really can’t ask for more!

First Light is a welcome bit of musical refreshment and can be found at Amazon, iTunes/Apple Music and many streaming platforms such as Spotify.
July 14, 2020
This review has been tagged as:
Guitar musicKathy's Picks
Chris' Website Chris' Artist Page on MainlyPiano
Album Links
Amazon (referral)iTunes/Apple MusicSpotify"First Light" video
This site contains affiliate links to products. We may receive a commission for purchases made through these links.
More reviews of Chris Haugen albums 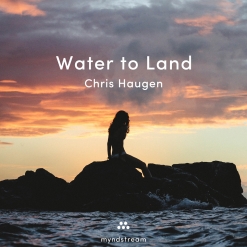 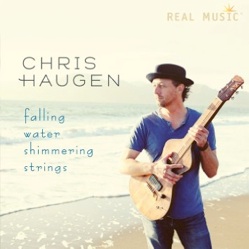