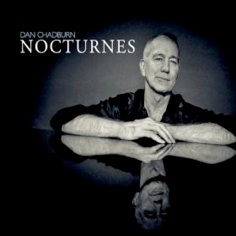 Dan's Website Dan's Artist Page on MainlyPiano
Album Links
Amazon (referral)iTunes
This site contains affiliate links to products. We may receive a commission for purchases made through these links.
Nocturnes
Dan Chadburn
2012 / Dan Chadburn
46 minutes
Review by Kathy Parsons
I reviewed Dan Chadburn’s first two albums back in 1998 (Solo Piano) and 1999 (Reflections), and then didn’t hear much from him until a few months ago when he wrote to say he had a new album, would I like to review it? After all these years and many hundreds of reviews later, I clearly remember how much I enjoyed Dan’s CDs and couldn’t wait to hear his new music! I’m happy to say that it was well worth the wait. Nocturnes is the result of a request from several of Chadburn’s close friends who asked him to create an album of music to “inspire, soothe, and heal.” Some of the twelve tracks are solo piano and others are accompanied by Helen Hausmann on violin and viola, Carole Libelo on English horn, and Marty Hackleman on French horn; Chadburn appears on piano and keyboards. I’ve listened to this album in several settings, but my favorite was when I was driving to and from an appointment about 45 minutes away. The scenery was beautiful and this lovely music was so calming and graceful that the drive was almost magical. What a wonderful antidote it would be for driving in commute traffic!

Nocturnes begins with “Twilight,” one of the piano solos and my favorite track on the album. The slow, fluid movement of the piece is a soothing balm for the soul, gently uplifting and reassuring. All proceeds from the sale of “Anne’s Lullaby” will be donated to The National Family Resiliency Center, an organization which “is committed to helping children and adults preserve a sense of family, foster healthy relationships, and constructively adjust to change, especially during times of individual and family transitions.” “Stars,” a gorgeous duet for English horn and piano, is another favorite and seems to effortlessly float on a dreamy cloud. “Once Upon a Time” combines strings and English horn with keyboards to create a sweet and magical fairly tale - this one definitely has a happy ending! “Quiet Soul” is tranquility set to music. Guitar, English horn, strings, and keyboard create a wonderful soundtrack to an imaginary film showing open spaces and gentle breezes. “Peter’s Theme” is dedicated to the memory of Peter Fox, a musician friend who passed away in early 2012. All proceeds from the sale of this piece will be donated to The Peter Fox Project, which benefits the Sitar Arts Center in Washington, DC, an organization which “brings its diverse community together to give underserved children and youth the opportunity to explore and study the visual and performing arts in an afterschool safe haven.” What a moving tribute to a talented and much-loved friend! “Sunrise” closes the album with warmth and optimism - another favorite, this time with piano and keyboard washes. Sigh....

It’s so great to have new music from Dan Chadburn, and we’ll hope it isn’t such a long time between albums next time! Nocturnes is available from Amazon, iTunes, and CD Baby. Very highly recommended!
September 12, 2012
Dan's Website Dan's Artist Page on MainlyPiano
Album Links
Amazon (referral)iTunes
This site contains affiliate links to products. We may receive a commission for purchases made through these links.
More reviews of Dan Chadburn albums 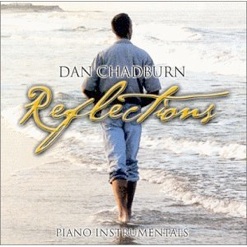 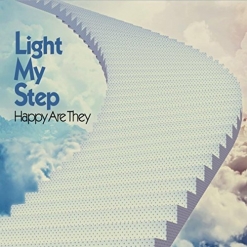 Happy Are They
2017
(contributing artist)