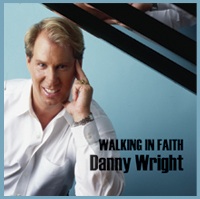 Danny's Website Danny's Artist Page on MainlyPiano
Album Links
Amazon (referral)
This site contains affiliate links to products. We may receive a commission for purchases made through these links.
Walking In Faith
Danny Wright
2008 / 5th Avenue Records
40 minutes
Review by Kathy Parsons
Walking In Faith is an album that Danny Wright has dedicated to the memory of his parents. They had always wanted him to record songs of faith, but the time just never felt quite right. Now he has recorded their dream album in their honor. The twelve tracks are a combination of traditional hymns and original pieces, some composed or arranged as piano solos and some with string accompaniment and orchestration. This is obviously a very personal and emotional project, and Danny has really given it his all.

The CD begins with Danny Wright’s original piece, “Walking In Faith.” Fully orchestrated in addition to the piano, the piece has a full, cinematic sweep. “How Great Thou Art” is presented as a heartfelt piano solo that is both bold and tender - a very effective arrangement! “In The Garden” has been my favorite hymn since I was a child, but very few people record it. Well, here it is! Wright told me that it was his mother’s favorite hymn, too, and that he sang it at her funeral. “Angel’s Voices” is a lovely original piano solo that is both elegant and graceful. I really like the medley of “I Believe” and “The Water Is Wide,” two songs I wouldn’t have thought of putting together. The pairing works well as a poignant piano solo. “Amazing Grace” begins as a simple solo and becomes more orchestrated as it develops. “Simple Gifts” has become very popular the past few years, and Wright’s arrangement is anything but “simple.” He plays it solo, but there is a lot of fancy fingerwork! “Trust In Me” is a stunning original piano solo and my favorite track on this album. There is no flash in this piece - the message is conveyed with deep emotion from one heart to another. “You’ll Never Walk Alone” has full orchestration behind the piano, making this arrangement a very big production. The reprise of “Walking In Faith” at the end of the album is a shorter solo version of the opening piece - a lovely “amen.”

Danny Wright’s many fans will delight in Walking In Faith, as will folks who love instrumental versions of hymns. Check it out at dannywrightpiano.com and amazon.com.
June 9, 2009
This review has been tagged as:
Hymn Arrangements
Danny's Website Danny's Artist Page on MainlyPiano
Album Links
Amazon (referral)
This site contains affiliate links to products. We may receive a commission for purchases made through these links.
More reviews of Danny Wright albums 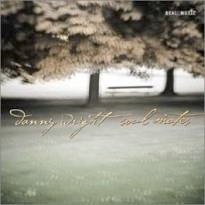 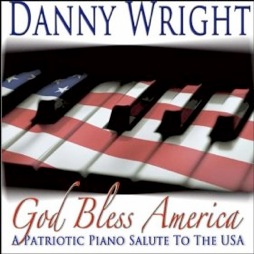 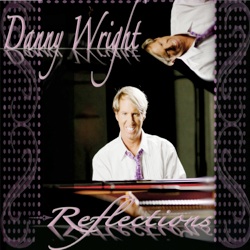