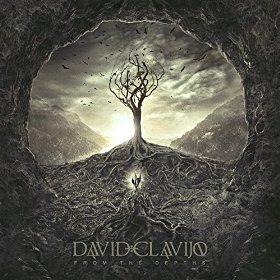 David's Website David's Artist Page on MainlyPiano
Album Links
Amazon (referral)iTunes
This site contains affiliate links to products. We may receive a commission for purchases made through these links.
From the Depths
David Clavijo
2016 / Reviews New Age
52 minutes
Review by Kathy Parsons
From the Depths is the stunning second release from Spanish composer/guitarist/keyboardist David Clavijo. It has been six year since his debut, The Landing (Special Edition), but it was definitely worth the wait! World music influences are strong and speak of unity and understanding while expressing a full range of emotions. The impressive list of guest artists includes pianist Chad Lawson; vocalists Charlee Brooks, Laura Powers, and Rosa Cedron; and sax legend Premik Russell Tubbs. Clavijo has done soundtrack work for independent filmmakers in Spain, and much of his music has that broad, dramatic sweep of great film music. Comparisons to Yanni’s multi-cultural music are inevitable, but Clavijo’s music stands firmly on its own. Four of the tracks include vocals and lyrics, three of which are sung in English. This is truly an excellent album from the stirring music to the exceptional production. I can guarantee that it will be on my list of Favorites for the year!

From the Depths begins with the title track, a gorgeous piece that features a wide range of musical instruments, including Clavijo’s soulful electric guitar - a great beginning! “When We Were Together” is a bit dreamier and more reflective. “Fly With Me” soars to the heavens on the sounds of guitar (acoustic and electric), strings, keyboard, and flutes - enchanting and passionate. “The Song of Wisdom” begins quietly, but with an air of mystery. Native American flutes, drums and chanting paint a haunting picture of the early United States. “Fragile World” seems to be the centerpiece of the album and also appears at the end as a bonus track. Laura Powers sings the lyrics in English, expressing universal themes about helping each other and caring about others and the world. The buoyant rhythms and catchy melody could make this a pop hit. “Sanctus Dominus” is Gregorian chant with electric guitar and a strong beat - it works! “Sitting On the Seawall” is my favorite track and features saxophonist Premik Russell Tubbs. The rhythms are exotic, but the sax is pure soul! Clavijo adds his Spanish guitar and then the electric guitar for dark and sultry musical perfection! “The Journey” features the angelic vocals of Charlee Brooks in a gently-swaying, hypnotic ballad. “Ou est mon Bonheur” (“Where Is My Happiness?”) Is a heart-breaking piece for piano (the incredible Chad Lawson) and cello. Lawson’s less-is-more approach only adds to the poignance of this emotionally-powerful piece. Charlee Brooks returns for “Out of the Depths,” a graceful love song. The bonus track of “Fragile World” is sung by Spanish singer Rosa Cedron and features Chad Lawson on piano. Not nearly as pop-oriented as the first version, this beautiful ballad will touch your heart whether or not you understand the Spanish lyrics.

Still in his early 30’s, David Clavijo has set an extraordinarily high standard for himself and his music - and I’d be willing to bet that he will never disappoint, no matter how many albums he releases in his career! In the US, From the Depths is available for download from Amazon and iTunes. Very highly and enthusiastically recommended!

June 29, 2016
This review has been tagged as:
Guitar musicKathy's Favorites: 2016Kathy's Picks
David's Website David's Artist Page on MainlyPiano
Album Links
Amazon (referral)iTunes
This site contains affiliate links to products. We may receive a commission for purchases made through these links.
More reviews of David Clavijo albums 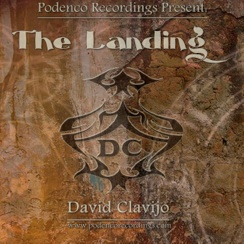 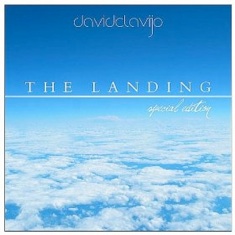