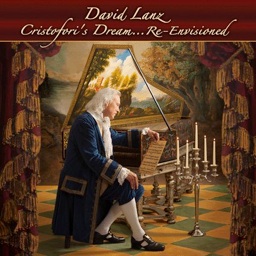 David's Website David's Artist Page on MainlyPiano
Album Links
AmazoniTunesSongbook Review
This site contains affiliate links to products. We may receive a commission for purchases made through these links.
Cristofori's Dream...Re-Envisioned
David Lanz
2013 / Moon Boy Music
54 minutes
Review by Kathy Parsons
David Lanz’s original 1988 release of Cristofori’s Dream, was a landmark recording in the so-called new age genre, topping Billboard’s first Adult Alternative/New Age chart and staying on the chart for twenty-seven weeks. It was also a major turning point in Lanz’s career. Cristofori’s Dream...Re-Envisioned is the 25th Anniversary edition, presented as all solo piano except for the orchestrated concert bonus track of “Cristofori’s Dream” from Lanz’s 2003 Symphonic Sessions CD. The original album featured a number of guest musicians, but this one is David Lanz solo, doing what he does best. All of the pieces from the original album are included, plus two bonus tracks (the second bonus track is a live recording of “Seoul Improvisation” recorded in 2010), and while the pieces are fundamentally the same, Lanz has evolved as an artist and so has his music. Most of the pieces are more improvised in sections and I think the music is more expressive and personal than the original recording. So even if you have the original and Narada’s 10th anniversary re-release, this one is basically all new. In a nutshell, even though I’ve been listening to and teaching this music for many, many years, I’m thrilled to be hearing these songs in their new incarnations and love this album! It’s a must for all of Lanz’s fans, and if you are new to his music, this is a wonderful place to start!

The CD version includes a full-color 16-page booklet written by David Lanz that tells the story of how the title song and original album were inspired and came into being. Lanz also wrote about the inspiration behind the other six songs and two bonus tracks. Also included is his classic story of “Cristofori’s Dream” “as told in concert.” I’ve always loved this story because it really brings the song to life along with telling a slice of music history in a sweet and fanciful way. Since this and the original recording are both dedicated to Bartolomeo Cristofori, inventor of the piano, a biography of this great man is in the booklet, too. It’s a beautiful and delightful package, and I strongly recommend getting the physical CD over the download. The songbook contains some of the written material, but the CD is much more complete.

Cristofori’s Dream...Re-Envisioned deserves to become another landmark recording as well as a wonderful reminder of why we all fell in love with David Lanz and his music twenty-five years ago. It is available from davidlanz.com, Amazon, iTunes, and CD Baby and I give it my highest recommendation.
December 20, 2012
This review has been tagged as:
Kathy's Favorites: 2012
David's Website David's Artist Page on MainlyPiano
Album Links
AmazoniTunesSongbook Review
This site contains affiliate links to products. We may receive a commission for purchases made through these links.
More reviews of David Lanz albums 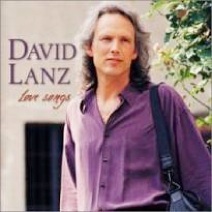 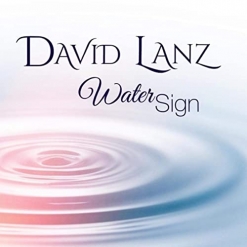