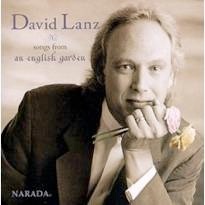 David's Website David's Artist Page on MainlyPiano
Album Links
Amazon (referral)iTunes
This site contains affiliate links to products. We may receive a commission for purchases made through these links.
Songs From An English Garden
David Lanz
1998 / Narada
49 minutes
Review by Kathy Parsons
Let me preface this by saying that I teach David Lanz’s piano music more than that of any other composer, so I know most of his music inside and out. I have seen him in concert five or six times, have interviewed him by phone three times, and was acknowledged in the credits of his instructional video, so my deep love for David’s music, performing style, and humanity has a long history. I was looking forward to the release of his new album with great anticipation until I learned it was going to be a compilation of 60’s British hits. I love David’s previous covers of “Nights In White Satin”, “A Day in the Life”, and “A Whiter Shade of Pale”, but a whole album? This on the heels of the four quickly-released CDs of covers by another hero of mine, Wayne Gratz (also a Narada artist), left me feeling more than a little queasy. This definitely isn’t David’s best work, but I had the opportunity to talk to him about the album in the course of a recent interview. This was David’s final album for Narada, and he wanted the album to be very light, commercially appealing for more radio play, and fun. It is getting more airplay than his previous albums (sad!), so this marketing plan is working. David wanted this album to be a tribute to some of his musical roots and to attract new fans with the use of familiar music. David has moved to the Philips label, and promises that his future releases will be original compositions with a lot more substance.

The two original pieces on Songs From an English Garden are “Sitting in an English Garden” and “London Blue”. Both are classic David Lanz, but “London Blue”, a melancholy piano solo, is much truer to David’s very personal piano style; I think it’s the best cut on the album. “Sitting in an English Garden” is a little too pop - but then, this is a pop album, right? Accompanied by a varied assortment of musicians including Herb Alpert(!), Roy Bittan, and Matthew Fisher, some of these arrangements of 60’s hits work better than others. “Conquistador”, “Girl”, “Strawberry Fields Forever”, and the medley of “As Tears Go By” and “Ruby Tuesday” are the most memorable. I like the bouncy rhythm on “Bus Stop”, and the bittersweet flavor comes through without any lyrics on “I’ll Follow the Sun”; some of the others are just too light. The album as a whole is fun and entertaining, and it’s a kick to hear David’s take on some old moldy favorites, but .... I’m not sure how to finish that sentence, but maybe it’s better to leave it hanging and see what’s next!
August 8, 1998
David's Website David's Artist Page on MainlyPiano
Album Links
Amazon (referral)iTunes
This site contains affiliate links to products. We may receive a commission for purchases made through these links.
More reviews of David Lanz albums 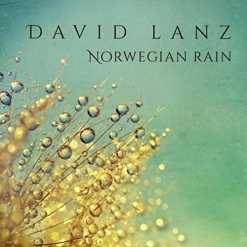