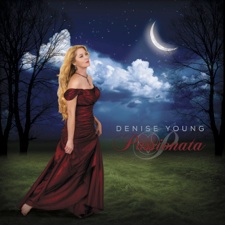 Denise's Website Denise's Artist Page on MainlyPiano
Album Links
Amazon (referral)iTunes
This site contains affiliate links to products. We may receive a commission for purchases made through these links.
Passionata
Denise Young
2014 / Dancing Horses Music
41 minutes
Review by Kathy Parsons
Passionata is pianist/composer Denise Young’s third album and the first since her highly-acclaimed 2007 release, Something You Dream Of...., which was nominated for Best Instrumental Piano Album of The Year. Produced by Will Ackerman and recorded at his Imaginary Road Studios in Vermont, this album is a combination of six piano solos and five ensemble pieces that feature cellist Eugene Friesen, Noah Wilding’s wordless vocals, Tom Eaton on bass, and Jeff Haynes on percussion. Passionata reflects Young’s love of classical music, but her stylings are fresh and contemporary - and exceptionally beautiful. A piano teacher and music therapist who started playing the piano at a very early age, Young’s touch is silky-smooth and her compositions are heartfelt and evocative. In the liner notes, Young states: “The music on Passionata embraces the love and passion that can be discovered and rediscovered in each of us - not unlike trees that lose their leaves in the fall only to grow new ones in the warmth of spring.” Elegant and graceful yet very approachable and accessible, I expect Passionata to be one of my favorite albums of the year.

Passionata begins with the title track, a haunting piano solo that expresses deep longing as well as anticipation and joy - what a stirring piece! “Above the Clouds” starts out as a piano solo and evolves into a flowing, magical duet for piano and cello. “Starlight Melody” opens with a quiet, very peaceful piano solo that gradually introduces cello, bass, and very light percussion - breathtaking! “There” is a piano quintet for all five musicians, including the ethereal vocals of Noah Wilding - a very recognizable component of many of Ackerman’s productions. “Cobblestones in the Rain” is my favorite of the piano solos. The rolling minor-chord arpeggios on the left hand lay an almost mournful base for the achingly beautiful melody. “Awakened” is a lighter trio for piano, cello and gentle percussion - dreamy and uplifting. “Desire” is a smoldering piano solo with some interesting percussion effects here and there. “Figure 8” has the grace of a slow dance or even a figure skating performance - a melancholy and very moving piano solo. “Secrets” closes the album with a bit more animation - something shared with only the closest of friends. It’s a fascinating piece that ends unresolved, with the final notes left hanging as they fade away.

Passionata was worth the seven-year wait between albums and Denise Young is likely on her way to more major award nominations. Great stuff! Available from Amazon, iTunes, and CD Baby, Passionata is very highly recommended!
April 2, 2014
This review has been tagged as:
Kathy's Favorites: 2014
Denise's Website Denise's Artist Page on MainlyPiano
Album Links
Amazon (referral)iTunes
This site contains affiliate links to products. We may receive a commission for purchases made through these links.
More reviews of Denise Young albums 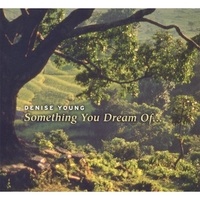