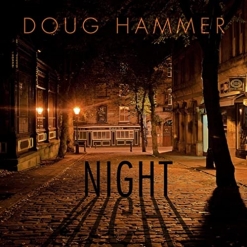 Doug's Website Doug's Artist Page on MainlyPiano
Album Links
Amazon (referral)Apple/iTunesSpotifySongbook Review
This site contains affiliate links to products. We may receive a commission for purchases made through these links.
Night
Doug Hammer
2021 / Dreamworld Productions
24 minutes
Review by Kathy Parsons
Seeking to create an album of very relaxing piano solos, Doug Hammer's fourteenth release is a "quiet, introspective minimalist mini-album" of six tracks that combine to tell the story of someone who can't sleep. Doug is a pianist with the chops to play pretty much anything he chooses - and play it well - but the music on Night is very slow, open and hypnotic. He has reduced these six pieces to their essence, and in doing so has created a perfect lullaby for sleepless nights or calming music to simply take a break and relax with. Also known for his amazing orchestrations, Doug recorded these pieces with just his piano with some added reverb to create a misty, dreamy effect. At 24 minutes, this is by far Doug's shortest album, but the length is just right.

Night begins with "Dreams Won't Come." Played mostly at the upper end of the piano keyboard, it seems like that's about where those random late-night thoughts reside - the ones that just won't let your mind drift off. The music isn't at all uneasy - just a little bit insistent. "Stars Still Shine" is also played at the upper end of the piano with just enough brightness to suggest the twinkling of stars in the night sky - clear, delicate and nuanced. "Empty Streets" is one of my favorites. The moderate, steady tempo suggests (to me) someone walking through deserted streets late at night, not in any particular hurry to get home. Quiet and bittersweet, the music expresses a feeling of profound "aloneness" - like he or she is the only person still awake at that late hour. "Tick Tock" conveys the steady ticking of a clock that seems especially loud in the middle of the night (my grandmother had one of those!). I would imagine that many composers have listened to that ticking and composed music to it. The complexity of the music in the middle of the piece might be part of one of those late-night compositions. The soft tones of "Dawn Approaching" suggest the pastel colors of the sky before sunrise. The music gradually builds to bigger, bolder tonal colors and then softly fades away. "As morning approaches, sleep arrives and with it, peace." "Close My Eyes" brings the album to a very peaceful and restful close while expressing warmth and deep contentment. Zzzzzz.

Doug Hammer's new music is always something special, and this album is no exception. A PDF songbook is also available for download from Doug's website and is reviewed separately. The album can be purchased or streamed from sites like Amazon, iTunes/Apple Music and Spotify. 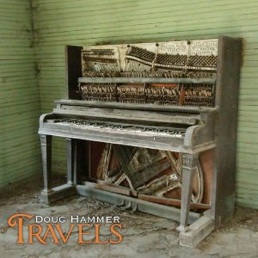 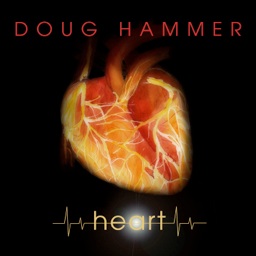 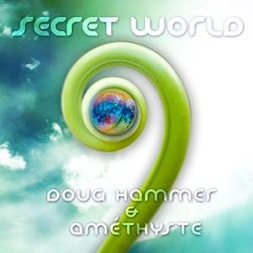