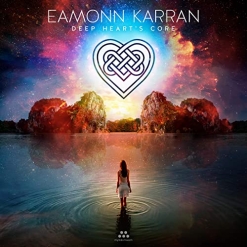 Eamonn's Website Eamonn's Artist Page on MainlyPiano
Album Links
Amazon (referral)Apple/iTunesSpotify
This site contains affiliate links to products. We may receive a commission for purchases made through these links.
Deep Heart's Core
Eamonn Karran
2020 / Real Music/Myndstream
39 minutes
Review by Kathy Parsons
Deep Heart’s Core is the fifth album from Irish composer/pianist/keyboardist Eamonn Karran. Referring to his music as “traditional Celtic music with a modern twist,” Karran blends flowing piano melodies with electronic instrumentation, reflecting his many influences as well as his own heartfelt emotional expression. A deeply spiritual person, Karran often travels to the local countryside to connect with the earth and to draw inspiration from nature and the sounds it creates. His goal is to produce recordings that will help heal and enhance the physical and spiritual well-being of others, but his music is also great for pure listening pleasure. There is an interesting variety in the musical styles on the album from the wistful simplicity of “Wings Over Glenveagh” to the driving rhythms of “Fair City,” but the eight tracks that make up the album hold together beautifully as a whole, providing a travelog of sorts to some of Ireland’s ancient sites and history.

Deep Heart’s Core begins with “Carrountoohil,” the name of the highest mountain on the island of Ireland. Very soothing and relaxing, piano, strings, pipes, and guitar paint a picture of quiet majesty. “Fair City” is very different with powerful bass and drums propelling the lilting, somewhat melancholy melody played on Uilleann pipes, piano and with wordless vocals - I really love this one! Dark with an air of tragedy, “High King of Cashel” begins as a haunting piano solo, adding voices, strings and guitar as it evolves, and ending as a piano solo - also a favorite! “March on Tara Hill” opens with a slow but driving drum beat that makes me think of a funeral march, but I’m not sure if the piece refers to Tara Hill (an isolated hill and village near the coast in north County Wexford) or Hill of Tara, an ancient ceremonial and burial site near Skryne in County Meath). Either way, it’s a dramatic and powerful piece! “Newgrange Rises” refers to a 5,200 year-old passage tomb located in the Boyne Valley of Ireland. Older than Stonehenge and the Great Pyramids of Giza, it was built by Stone Age farmers and covers an area of about an acre. Haunting voices along with guitar, drums, Uilleann pipes and strings paint a vivid picture of this ancient site and its vast history. “Spike Island” is referred to as “Ireland’s Alcatraz.” A 104-acre island with 1300 years of history, it has been a monastery, a fortress, a prison and island home, and is now a top tourist attraction. Very dark and mysterious, instrumentation includes drums, voices, pipes, strings and piano. “The Walls” includes mournful vocals, piano, guitar and pipes to express deep sadness and loss. The album closes on a much lighter note with the nostalgic “Wings Over Gleanveagh,” which begins as a piano and guitar duet, adding voices and other instrumentation as it unfolds - a moving and heartfelt close to this musical tour of some of Ireland’s ancient sites.

There are so many ways to enjoy the music of Deep Heart’s Core, so be sure to give it a listen! It is available from Amazon, iTunes/Apple Music, and streaming sites like Spotify.
August 25, 2020
Eamonn's Website Eamonn's Artist Page on MainlyPiano
Album Links
Amazon (referral)Apple/iTunesSpotify
This site contains affiliate links to products. We may receive a commission for purchases made through these links.
More reviews of Eamonn Karran albums 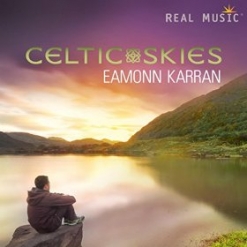 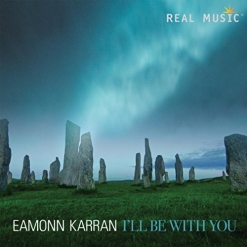