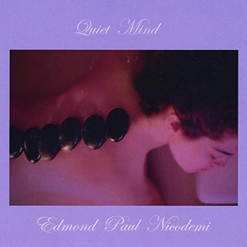 Edmond's Website Edmond's Artist Page on MainlyPiano
Album Links
Amazon (referral)Apple/iTunesSpotify
This site contains affiliate links to products. We may receive a commission for purchases made through these links.
Quiet Mind
Edmond Paul Nicodemi
2015 / Edmond Paul Nicodemi
53 minutes
Review by Kathy Parsons
Quiet Mind is a compilation album of fifteen tracks from Edmond Paul Nicodemi's first three albums, Old Simple Times (2002), Parallel Solitudes (2004) and Tranquility (2010). As the title of the album suggests, the concept was to create a relaxing, meditative album and that goal was certainly achieved with both grace and ease! An accomplished guitarist as well as a pianist, composer and songwriter, Ed Nicodemi has released a variety of albums and singles, some that are solo and some with his wife, singer/songwriter Carol Nicodemi. The music on Quiet Mind is a combination of piano solos and piano with (synth) strings and all fifteen are original compositions, some of which were retitled for this album. Trained in both classical music and jazz, Nicodemi's music is about expressing human emotions and experiences rather than dazzling showmanship at the piano.

Quiet Mind begins with "Late Summer," which was also the opening track on Nicodemi's first album. Piano and strings express a feeling of inner warmth and relaxation - much like a daydream, with no deadlines or to-do lists to interrupt the bliss. "Tranquility" expresses a similar feeling, but this one is solo piano and is more like a quiet walk in the woods with birds singing and sunlight drifting down through the trees. "The Other Side of the Rainbow" is supposed to be a place where the sun always shines and life is always easy and good, and this musical depiction is just that. "Lullaby for Melody" expresses the sweetness and innocence of a child on her way to Dreamland. Simple but heartfelt, it's a favorite! The title track is a very peaceful and serene piano solo that feels much like those rare moments when nothing is tugging for your attention and you can just "be" for a bit. "Northern Cathedral" expresses a different kind of stillness and majesty with piano enhanced with string washes, and could easily fit into a film soundtrack. My two favorite pieces on the album are solo piano and back-to-back - "Blissful Solitude" (co-composed with Carol Nicodemi) and "Images of the Seine." "Blissful Solitude" is very calming and peaceful with its repeating left hand pattern and simple, heartfelt melody. "Images of the Seine" is somewhat darker, but still very soothing. It makes me think of the sun going down and creating bright sparkles on the water - magical! "Sunset" also beautifully describes the amazing display of colors as the sun goes down and the world slows to prepare for the night. I'm not sure what "Return to Zero" means specifically, but the piece with that title is poignant and haunting with piano, strings, and subtle choral voices in some passages. The album comes to a close with "Sanctuary," a gorgeous, welcoming piano solo that suggests a place of refuge, safety and peace.

Quiet Mind is not a new album, but if it is new to you, as it was to me, be sure to check it out! It is available from edandcarolnicodemi.com, Amazon, Apple Music/iTunes and streaming sites such as Spotify. Recommended!
January 15, 2023
This review has been tagged as:
Latest Reviews
Edmond's Website Edmond's Artist Page on MainlyPiano
Album Links
Amazon (referral)Apple/iTunesSpotify
This site contains affiliate links to products. We may receive a commission for purchases made through these links.
More reviews of Edmond Paul Nicodemi albums 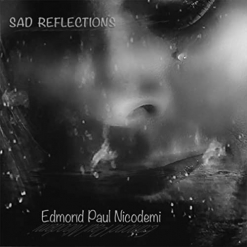 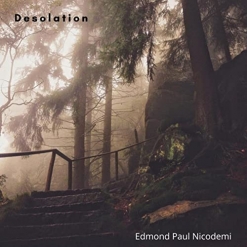 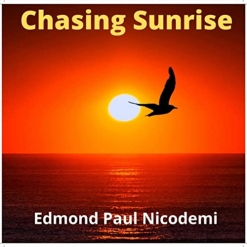