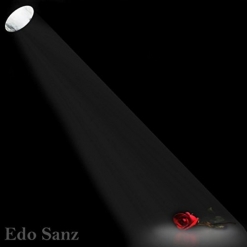 Edo's Website Edo's Artist Page on MainlyPiano
Album Links
Amazon (referral)iTunes
This site contains affiliate links to products. We may receive a commission for purchases made through these links.
Edo Sanz
Edo Sanz
2018 / A Mighty Universe
61 minutes
Review by Kathy Parsons
Edo Sanz is the sixth release from pianist/composer Edo Sanz, and is his first solo piano album. Born in Mexico City, Sanz grew up in a family of talented artists who inspired and ignited his own creativity. He started composing at the age of five, but stopped for a while to be in a rock band where he discovered different styles of music and learned to play other instruments. Sanz has returned to his beloved piano with a renewed passion and a desire to share his joy of making music with the world. This album consists of thirteen original piano solos that range from sweet and delicate to bold and powerful. It’s a fascinating and enjoyable introduction to a new artist on the solo piano scene.

Edo Sanz begins with “Gifted,” a joyfully effervescent dance all over the piano keyboard. Light and carefree, it’s an energetic opener. “Train to Neptune” also moves right along, but is somewhat dreamier and more playful. “Castle Ghost” starts out in a somber mood that is almost mournful. The second theme becomes much livelier and more dramatic with frequent cross-overs into the deep bass of the piano - a favorite! “La Rosa” is the longest piece on the album at just under 7 1/2 minutes. It starts out quietly and at a moderate tempo, expressing a reflective and perhaps introspective mood. Well into the piece, the tempo becomes much livelier and more jubilant as it swirls around the keyboard. The third theme is similar to the first, but is more intense. “Gone With the Storm” is another favorite with its flowing broken chords on the left hand and bittersweet melody on the right. It becomes very dark and turbulent in the middle and then lightens briefly before returning to the stormy theme and ending abruptly. “Per l’acqua” has a gentle introductory passage that leads to a variety of themes that range from quietly flowing to faster and more dramatic. This would be a really exciting piece on a piano with richer bass tones. I really like “Lapse” and the way it accelerates and slows down, expressing different emotions in a way that is almost conversational. It gradually builds to an intense closing section that fades out without resolving. Interesting! I also like the closing track, “The Emptiness,” which begins with a repeated motif on the right hand that reappears in various places throughout the piece. The next theme is much darker with a somewhat Middle Eastern sound. The repeated motif returns along with feelings of sadness and loss, becoming much lighter and more fluid before darkening and becoming more intense to the end.

I haven’t heard any of Edo Sanz’s previous releases, but am looking forward to more solo piano music from him in the future! Edo Sanz is available from Amazon, iTunes, CD Baby and many streaming outlets.
May 22, 2018
Edo's Website Edo's Artist Page on MainlyPiano
Album Links
Amazon (referral)iTunes
This site contains affiliate links to products. We may receive a commission for purchases made through these links.
More reviews of Edo Sanz albums 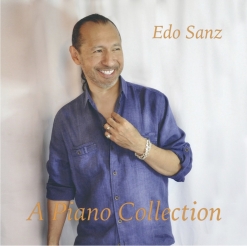 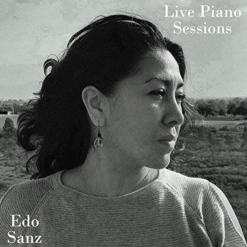