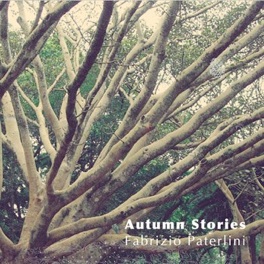 Fabrizio's Website Fabrizio's Artist Page on MainlyPiano
Album Links
Amazon (referral)iTunes
This site contains affiliate links to products. We may receive a commission for purchases made through these links.
Autumn Stories
Fabrizio Paterlini
2012 / Fabrizio Paterlini Records
43 minutes
Review by Kathy Parsons
Autumn Stories is the fourth full-length album from Italian pianist/composer Fabrizio Paterlini. Last year, Paterlini composed, recorded, and released for free on the internet one new song each week, starting on September 21 and ending on December 21, 2011. Autumn Stories is a compilation of those fourteen tracks (the physical CD contains three bonus tracks, which I have not heard). In the first three months, the project received more than 18,000 plays and 4,000 downloads - very impressive! The remixed and remastered release includes some electronic textures as well as a string quartet along with Paterlini’s grand piano (most of the pieces are solo piano). Sometimes describing his music as “red wine on a summer evening,” its melancholy moods communicate deeply, soothing the soul and sparking the imagination. Often compared to Ludovico Einaudi, Paterlini’s music isn’t overly showy or complicated, but the emotions conveyed go straight to the soul. It is interesting to note that all of the pieces are titled with the week in which they were created (“Week 1-14”), leaving it up to the listener to interpret what each piece is about. Several of the pieces would be perfect in the soundtrack for a moody or deeply-affecting film. I fully expect that Autumn Stories will be one of my favorite albums for 2012. It is truly awesome how deeply affecting this music is.

“Week 1” begins with some atmospheric sounds before beginning the dreamy and nostalgic piano melody. “Week 2” is one of those wonderful pieces that would be simple enough for a child to play, but there is no way a child would have the experience to convey the gentle tenderness and emotional depth that the piece expresses. “Week 3,” a piano and cello duet, is mournfully sad, almost tragic. It begins with the spare and heart-stirring main theme, changes to a more dramatic middle theme, and then returns to the first theme, trailing off at the end. Amazing! “Week 5,” which also contains strings, is as soft as a whisper, telling a haunting story of hurt or loss. “Week 8” is an elegant and evocative piano solo - soft spoken and intimate. “Week 9” is another favorite - simple and understated with a very big emotional impact, kind of like a Chopin prelude. “Week 10” is sparkling and magical. “Week 11” is dark, mysterious, and intensely beautiful. “Week 12” is another favorite. A very simple but heartfelt melody is backed with slowly-flowing broken chords that create a feeling of movement. “Week 14” brings this incredible album to close with a piece that resembles a hymn. A continuous low cello note in the background adds atmosphere as the piano bids a warm and gentle farewell. Wow!

Autumn Stories is truly a work of art, and I give it my highest recommendation. It is available from fabriziopaterlini.com, Amazon, iTunes, and CD Baby. Bravo!
March 20, 2012
This review has been tagged as:
Kathy's Favorites: 2012
Fabrizio's Website Fabrizio's Artist Page on MainlyPiano
Album Links
Amazon (referral)iTunes
This site contains affiliate links to products. We may receive a commission for purchases made through these links.
More reviews of Fabrizio Paterlini albums 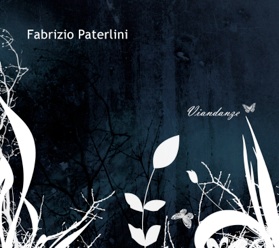