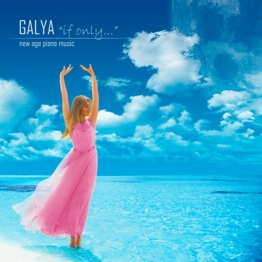 Galya's Website Galya's Artist Page on MainlyPiano
Album Links
Amazon (referral)iTunes
This site contains affiliate links to products. We may receive a commission for purchases made through these links.
If Only
Galya
2009 / Galya
41 minutes
Review by Kathy Parsons
If Only is a stunning solo piano debut by Galya, a young composer originally from The Ukraine, now living in France. Considered the best student at the conservatory she attended and the first place winner of international competitions, Galya’s mastery of the piano allows her the freedom to do whatever she wants musically. She calls the eleven pieces on If Only “new age,” but they are so much more than that. Her music often reminds me of Clara Ponty and Michael Dulin, two composer/pianists who had a similar rigorous training and are capable of creating musical perfection at the piano. Galya’s music is rich in emotional expression and depth, sometimes sparkling and dancing and sometimes a bit more subdued and nostalgic. Her melodies are colorful and accessible, but it is also easy to get caught up in her flawless technique and effortless grace. In a nutshell, this could easily be my favorite album of 2010.

If Only begins with the title song, a flowing daydream of a piece. The main theme overflows with longing as the shorter themes meander here and there - a gorgeous beginning! “Breath” has a graceful, swirling energy that dances all over the piano - love it! “Ashka” is darker, with a feeling of loss or tragedy. “Une Fois Encore” is another favorite. Slow, passionate, and intimate, it is truly a glimpse into Galya’s soul. “The Diary of Jane” also feels deeply personal and poignant - heartbreakingly beautiful! As its title suggests, “Air” is light and constantly moving. “Riverland” has a gentle, easy grace that evolves as it flows effortlessly on its course. “So Me” begins as a lighthearted dance that twirls and leaps with happy good humor and joy. The second theme is a bit more serious, but just a bit, and then returns to the carefree first theme. “Angel Dust” is spectacular! The first movement has a bright, sparkling energy that lightly dances all over the piano keyboard. The shorter second movement is a much darker and slower interlude before returning to the brilliance of the first. What an incredible album!

I believe Galya is poised to become an international piano phenomenon, and I’m anxious to learn more about her. If Only is nothing short of breathtaking, and I give it my highest recommendation. It is available from www.galyanewagemusic.com, Amazon, CD Baby, and iTunes. Hear it for yourself!
February 20, 2010
This review has been tagged as:
Debut AlbumsKathy's Favorites: 2010
Galya's Website Galya's Artist Page on MainlyPiano
Album Links
Amazon (referral)iTunes
This site contains affiliate links to products. We may receive a commission for purchases made through these links.
More reviews of Galya albums 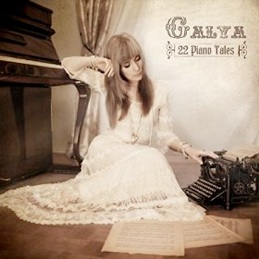 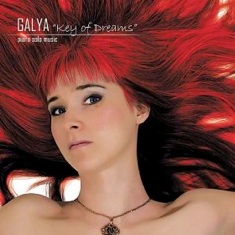