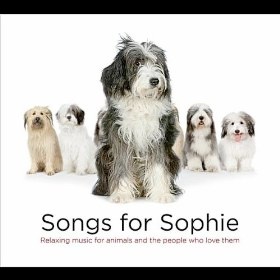 George's Website George's Artist Page on MainlyPiano
Album Links
Amazon (referral)iTunes
This site contains affiliate links to products. We may receive a commission for purchases made through these links.
Songs for Sophie
George Skaroulis
2011 / Evzone Music
53 minutes
Review by Kathy Parsons
After many years of soothing people with his music, George Skaroulis recently became The Official Musician for the Atlanta Humane Society when it was discovered that his music also has a very calming effect on animals waiting to be adopted. Songs for Sophie was inspired by the love and dedication of a rescue dog (named Sophie) who lived to be twenty years old, and part of the proceeds from this CD will be donated to “New Leash On Life,” a companion animal advocacy group that works to care for and improve the lives of lost and homeless animals in Metro Atlanta (GA). Skaroulis has been one of my favorite pianist/composers since I discovered his music back in 2003, and he never disappoints. Songs for Sophie is his fourteenth album to date and one of his best. Six of the thirteen tracks were previously released, but the other seven are more than worth the price of the album.

The album opens with the sweet and loving “Sophie’s Song,” a gentle tribute to a beloved pet performed in Skaroulis’ unmistakable style on piano, guitar, and keyboards. “Sanctuary” appeared on the album by the same name a few years ago, and shimmers with a calm, serene beauty. “True Colors” is sung by Kevin Lawson and first appeared on Skaroulis’ Forever Young - always a touching song. One of the new pieces is “Tail Wagger’s Tango,” a wistful, graceful dream of a song despite the whimsical title. Haunting in its emotional depth, this is a new favorite! “The Way It Is” is Skaroulis’ arrangement of a slow but flowing piece by Wilma. “You Are My Sunshine” also comes from Forever Young, and presents this old favorite as a tender love song. “Best Friend” is a happy new song that evokes images of innocent playtime in the country (performed on banjo, piano, and keyboards). “Fragile” is classic Skaroulis and is George’s arrangement of one of Sting’s songs. It first appeared on Reunion, and is as compelling as ever. “I Remember the Beach” is a new original and a daydream set to music (piano and strings). “Ray of Hope” is almost heart-breaking when relating the poignant music to the sad eyes of a lost pet awaiting a new home and companion. “A Good Life,” also new, closes the album with the sound of the unconditional love and peaceful contentment that comes with a close relationship with a dear pet.

Well, George Skaroulis has done it again with a deeply emotional collection that touches the heart while soothing the stresses of life away. Songs for Sophie is available from evzonemusic.com, CD Baby, iTunes, and Amazon. I give it my highest recommendation!
May 9, 2011
George's Website George's Artist Page on MainlyPiano
Album Links
Amazon (referral)iTunes
This site contains affiliate links to products. We may receive a commission for purchases made through these links.
More reviews of George Skaroulis albums 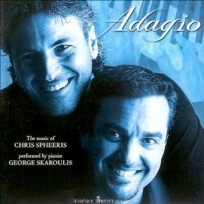 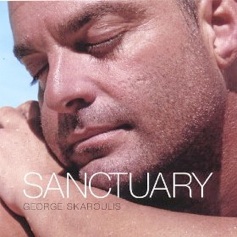 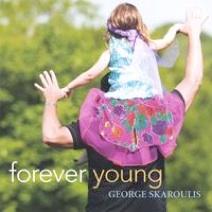