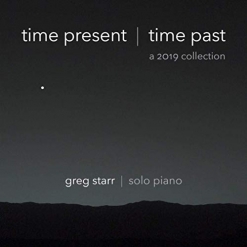 Greg's Website Greg's Artist Page on MainlyPiano
Album Links
AmazoniTunes
This site contains affiliate links to products. We may receive a commission for purchases made through these links.
Time Present/Time Past
Greg Starr
2019 / Quiet Rain Music
22 minutes
Review by Kathy Parsons
Time Present/Time Past is a five-piece solo piano EP by pianist/composer Greg Starr. As is true of Starr’s other recorded music, this album is melodic without a lot of flash, preferring to express heartfelt emotions with lyrical beauty and an elegant touch on the piano keys. Starr has had a long and varied career in the music industry as a composer and performer as well as in music production, writing and producing music for numerous clients that include Wisconsin Public Television, Milwaukee Children’s Theater, the Library of Congress, Lutheran Brotherhood and Hal Leonard Corporation. He released his debut album, Landscapes, in 2006 and Time Present/Time Past is his fifth album to date. The liner notes include a quotation or a short explanation for each piece. The cover photo was provided courtesy of NASA and is a photo of the earth taken from Mars. Quoting the liners: “The Earth and Mars are eight light minutes apart. The present (the Martian surface) and the past (the Earth) together in one moment of time.”

The album begins with “When Dreams Take Flight,” a joyful, buoyant piece that dances lightly on the piano keys. The second half of the piece is somewhat slower and more thoughtful, but is just as beautiful. “The Waiting” is more melancholy and has open spaces in the music that I interpret to reflect on how time seems to stop periodically while you are waiting for something or somebody. Very rubato and expressive, it’s a favorite. “The Front Porch” is an easy-going and relaxed homage to those rare and special friendships that don’t need a lot of words to communicate from one heart to another - especially while sitting on the front porch! “We Sit In Silence” is an expression of grief and mourning that is internalized and “swells with silence in the tortured soul.” Dark, slow and minimalistic, it says so much with so little. “Departure, Gate C17” explores the idea that airports can be exciting places with adventures and new destinations, “but they can also be places of goodbye.” This heartfelt piece is obviously about the latter of the two with its bittersweet melody and the poignant emotions that flow throughout.

It’s so great to have new music from Greg Starr! Time Present/Time Past is available from Amazon, iTunes, CD Baby and several of the streaming sites.
January 7, 2020
This review has been tagged as:
Kathy's Picks
Greg's Website Greg's Artist Page on MainlyPiano
Album Links
AmazoniTunes
This site contains affiliate links to products. We may receive a commission for purchases made through these links.
More reviews of Greg Starr albums 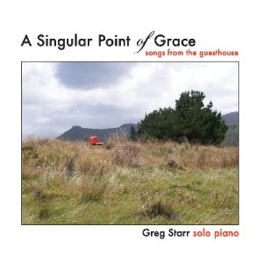 A Singular Point of Grace
2012 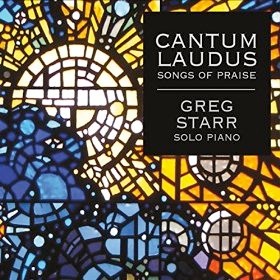