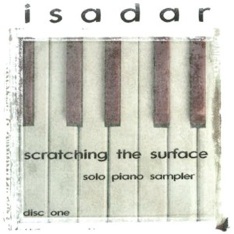 Isadar's Website Isadar's Artist Page on MainlyPiano
Album Links
Amazon (referral)iTunes
This site contains affiliate links to products. We may receive a commission for purchases made through these links.
Scratching the Surface
Isadar
2006 / Mainya Music
58 minutes
Review by Kathy Parsons
Scratching the Surface: Solo Piano Sampler, Disc 1 is a collection of eleven pieces from Isadar’s five solo piano CDs plus two bonus tracks. The selection covers a span of sixteen years and although there isn’t a discernible difference in Isadar’s playing style over the years, it is always fascinating to hear how an artist has evolved and which pieces he or she feels best represents his or her career path. Mostly a self-taught pianist, Isadar began his music career in Louisiana. From there he moved to New York City, where he lived for many years. Isadar’s music contains elements of jazz and much of it is improvised, which gives it a very fresh, spontaneous sound. Above all else, it is deeply personal and emotional.

Isadar released his first solo piano album, Near the Edge of Light, in 1990, and there are three selections from that album on Scratching the Surface. “In a Corner” is very slow and melancholy - one of my favorites. “Overview” and “Jealous Heart” are also on the somber side and exceptionally beautiful. Active Imagination was the album that introduced me to Isadar’s music in 1999 and is still one of my favorite albums. “Waiting” (love it!!!) and “Love Chaconne” are from that album. In Seach For the Meaning of Christmas was also released in 1999, and Isadar’s wonderful arrangement of “Greensleeves” comes from that album. Based on Liz Story’s arrangement of the same song, this piece was literally a turning point in Isadar’s development as a pianist. The Journey was released in 2000, and the title track, “Voice of God (Thanksgiving),” and “End of the Line” come from that album - all three are gorgeous. The Purple Heart is Isadar’s memorial to the victims of 9/11 and was released in 2003. Conceived as one long piece, Isadar broke it down into shorter pieces that flow together on the original album. For this compilation, he included “New York City Skyline” and “By Ear/ By Heart/ By Soul.” The first of the two bonus tracks is “The Bermuda Triangle,” a more upbeat piece with a beautiful flowing quality. The second one is the title track, which is lively yet pensive.

Scratching the Surface is an excellent sampler if you are not yet familiar with Isadar’s music. If you have his other albums, it is always fun to hear favorite pieces in a different playing order and there are the two bonus tracks. This album is available from isadar.com, Amazon, and iTunes. Recommended!
July 27, 2010
Isadar's Website Isadar's Artist Page on MainlyPiano
Album Links
Amazon (referral)iTunes
This site contains affiliate links to products. We may receive a commission for purchases made through these links.
More reviews of Isadar albums 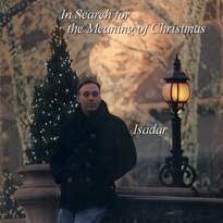 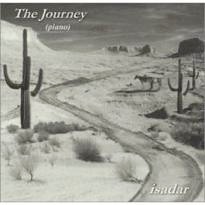 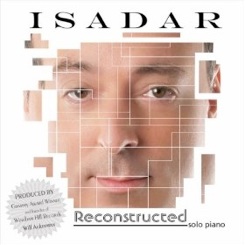