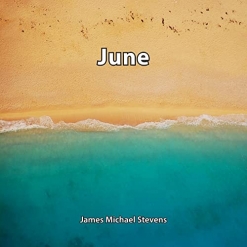 James' Website James' Artist Page on MainlyPiano
Album Links
Amazon (referral)Apple/iTunesSpotifySheet Music Plus
This site contains affiliate links to products. We may receive a commission for purchases made through these links.
June
James Michael Stevens
2021 / James M Stevens Music
51 minutes
Review by Kathy Parsons
June is part of a continuing series of recordings and songbooks by James Michael Stevens. All of these albums and songbooks contain music composed during the months they were named for. June is a collection of seventeen original piano solos, many of which are on the poignant, dreamy side.

James Michael Stevens is the Chairperson of the Music Department at Welch College in Gallatin, Tennessee and is one of the most prolific composers on the planet. His music isn't overly complicated, but it's beautiful and heartfelt with much of it on the romantic side. Very easy to listen to, it's a perfect accompaniment for studying, a quiet meal, relaxing, and pure listening pleasure (among many other things!).

June begins with "Golden Horizon," a piece that makes me think of the serenity of watching the sun go down (or come up) by the ocean. "Colorado Mountain Breeze" is slow, gentle and very graceful, offering a feeling of sweet contentment. "Navy Sky" is one of my favorites. Somewhat darker than most of the album, it seems to express soul-searching and reflection, perhaps working something out at the piano late at night (when the sky is a very dark blue). I also really like "Chaconne in A Minor," with its steady broken chord pattern and melancholy tone. "Windmills" is also on the darker, pensive side. The melody of this lovely piece isn't complicated, but it expresses so much without the use of any words. "Nocturne Lullaby" is another favorite with its rolling broken chords and a heartfelt melody that overflows with longing - love this one! "When the Heart Calls You Home" would be perfect at the end of a movie with a nostalgic but happy message that just might make you shed a few tears - charming and touching at the same time! "June Serenade" has the feeling of a warm summer evening sitting outside, watching the sun go down and the stars come out - lazy and contented. "Sacred Serenity" beautifully expresses a different kind of inner peace. "The Mystical Forest" conveys the majesty and magic of being in a forest, surrounded by trees and wildlife. "Silver Lake" almost glows with its gentle motion and tranquil mood - soooo soothing!! "Quiet Sunsets and Skylines" brings the album to a restful close, leaving the listener relaxed and refreshed.

June is sure to quiet your world for at least a little while, and who couldn't use some more of that? It is available from Amazon, Apple Music/iTunes, Spotify and other streaming sites. The companion songbook is available from SheetMusicPlus.com.

September 18, 2021
This review has been tagged as:
Latest Reviews
James' Website James' Artist Page on MainlyPiano
Album Links
Amazon (referral)Apple/iTunesSpotifySheet Music Plus
This site contains affiliate links to products. We may receive a commission for purchases made through these links.
More reviews of James Michael Stevens albums 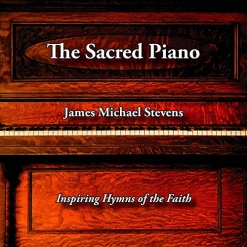 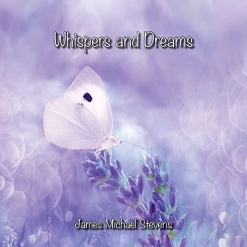 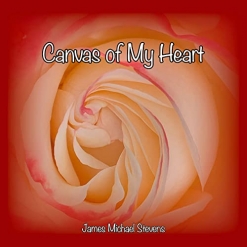