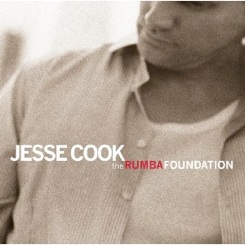 Jesse's Website Jesse's Artist Page on MainlyPiano
Album Links
iTunesAmazon (referral)
This site contains affiliate links to products. We may receive a commission for purchases made through these links.
The Rumba Foundation
Jesse Cook
2009 / E1 Music
43 minutes
Review by Michael Debbage
Initially intended as a sparse more stripped down recording, Cook was going to focus his attention on the rumba that was introduced to Spain back in the 1800’s after their travels to the exotic island of Cuba. Collaborating with the Columbian Latin Grammy winners Los Gaiteros de San Jacinto as well as recording in their homeland presented a significant slant on the rumba ingredients of The Rumba Foundation. Once again, Jesse Cook avoids any creative slump and presents his listeners with yet another world wind tour of exploration courtesy of his strikingly adventurous musical undertaking.

The album consists of thirteen remarkable compositions, ten of which are self composed, two in which he collaborates and also one cover song which seems to have become a tradition for Cook. This time around he gives Paul Simon’s “Cecilia” a wonderful make over and as enjoyable as the cover version is it is fortunately only one of many bright moments found on The Rumba Foundation. The first partnership arrives in the form of the “Manolo’s Treatment “ as he works with Los Gaiteros de San Jacinto. The song is humorous and inspiring as the rhythmic off beat percussion and bass bounces off Cook’s guitar and the peppy accordion work of Juan De Sedas. At the complete other end of the emotional rainbow, Cook and violinist Chris Church close out the album with their pensive and pondering performance courtesy of the song “Homebound” bringing to close an album that once again reflects an artist in full creative swing.

So where does that leave us with Cook’s own compositions? Lets jump back to the beginning with the albums opening track “Bogata By Bus” that is bouncy and optimistic fully capable of having your foot tapping and your body swaying to the music. Apparently it is the album’s lead off radio single and will most likely become another classic in Cook’s already impressive catalog of memorable songs. Similar results can be found on the bubbly “Gaita” and even more so on “Bombay Dinner”. In contrast, we are invited to a more stripped down performance courtesy of ”Afternoon At Satie’s” that features Cook, some mild bass and percussive work. Along with two very brief interludes labeled “Improv 1” and “Improv 2” perhaps this is where Jesse was planning on going before he got swept away in the Columbia connection.

Not including his live album Montreal, Cook’s latest endeavor represents his seventh recording and there is absolutely no indication that Jesse is running out of ideas or inspiration. While the musical genre of flamenco guitar is a lot more crowded and competitive than it once use to be, Cook’s creative edge and full production continues to clearly demonstrate that he leads his genre with conviction.
January 1, 2009
This review has been tagged as:
Guitar musicMichael's Favorites: 2009
Jesse's Website Jesse's Artist Page on MainlyPiano
Album Links
iTunesAmazon (referral)
This site contains affiliate links to products. We may receive a commission for purchases made through these links.
More reviews of Jesse Cook albums 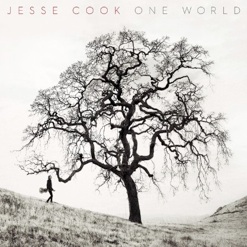 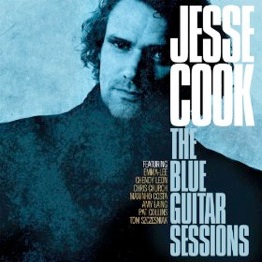 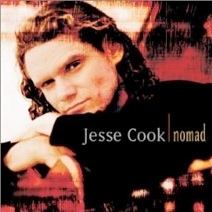