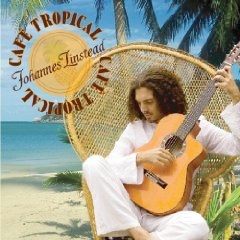 Johannes' Website Johannes' Artist Page on MainlyPiano
Album Links
iTunesAmazon (referral)
This site contains affiliate links to products. We may receive a commission for purchases made through these links.
Café Tropical
Johannes Linstead
2006 / Gemini Sun Records
47 minutes
Review by Michael Debbage
A café is defined as per the Webster dictionary as “a small and informal establishment serving various refreshments.” Never overindulging, courtesy of 5 course meals, yet never leaving you parched, the warm and invigorating music of Café Tropical is further evidence that Johannes Linstead is one of the leading artists in the nouveau flamenco guitar genre.

Johannes, though consistent, avoids the stagnant position and makes adjustments in his musical tapestry. While his last few albums have featured the violin as his counterpart, this time around Linstead brings in Cuban pianist Hilario Duran. He is featured on “The Streets of Old San Juan” that is very upbeat, with Duran’s fingers running all over his keys keeping up with our friendly flamenco minstrel. In contrast, there is the lazy laid back “Suave” that only bring to mind a great soundtrack for a Corona beer advertisement forcing you to “change your latitude”. Either approach is ample proof that this musical merger of guitar and piano should be further explored next time around.

The above contrasting moods are continued throughout the album presenting us with a menu of melancholy moments nestled next to fiesta firecrackers. The best evidence is found courtesy of the moody and pensive “Tides of Eden” alongside the pulsating percussion of the festive “El Zocolo” or the triumphant title track.

Linstead has been producing and creating consistent music ever since his freshman effort Sol Luna Tierra back in 1999. It has also paid dividends to the labels he has recorded for, as Linstead has almost become a permanent resident on the Billboard charts. Café Tropical continues this trend, serving both his listeners and label a menu that is rich and robust in flavor and flare.
June 6, 2006
This review has been tagged as:
Guitar musicMichael's Favorites: 2006
Johannes' Website Johannes' Artist Page on MainlyPiano
Album Links
iTunesAmazon (referral)
This site contains affiliate links to products. We may receive a commission for purchases made through these links.
More reviews of Johannes Linstead albums 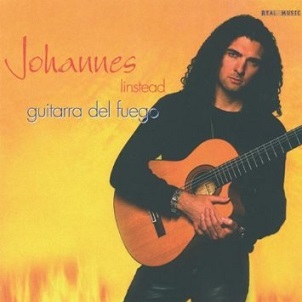 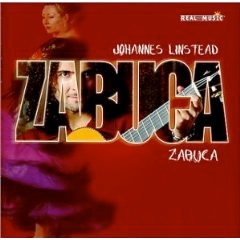 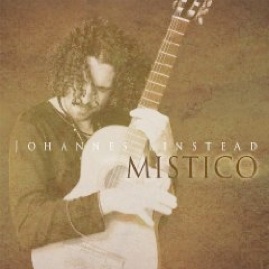