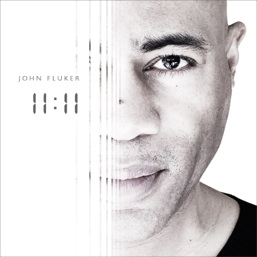 John's Website John's Artist Page on MainlyPiano
Album Links
Amazon (referral)iTunes
This site contains affiliate links to products. We may receive a commission for purchases made through these links.
11:11
John Fluker
2016 / Retribution Records
47 minutes
Review by Kathy Parsons
It has been nearly five years since John Fluker released his last piano-based instrumental album, Star Eyes (2011), so it’s great to welcome him back with his latest, 11:11. Fluker was the 2006 winner of the ZMR “Best New Artist Award” for The Sound of Peace and Star Eyes was also enthusiastically received. In addition to his “Lifestyle Music,” Fluker has worked in a variety of capacities for some of the biggest names in music, most notably his long association with Gladys Knight. He has also recorded a series of hymn and gospel albums. Since beginning formal piano lessons at the age of eight through his classical music studies at the University of Michigan, Fluker has lived a life in music and is passionate about sharing that music with the world. He puts his impressive stylistic versatility to good use, backing a roster of heavy hitters that includes Beyoncé, Dionne Warwick, Oleta Adams, Mavis Staples, Hinton Battle, John Legend, Boyz II Men, David Hasselhoff, Sam Harris, Ron Brown, Regina Belle, and saxophonist Michael Lington.

Fluker's new compositions on 11:11 are explorations of time itself as well as reflections on the numerological fascination of the title. Although the music is piano-based, several of these tracks are orchestrated with a variety of instrumental sounds and rhythms. Always effortless and always beautiful, John Fluker again proves himself to be an artist who can do it all and do it all well.

11:11 begins with “Awaken,” a soaring piece with glistening arpeggios swirling up and down the keyboard, a danceable beat, and an energetic burst of joy - a great start! “In the Beginning” is a much smoother and more flowing piano piece with atmospheric sounds and additional instrumentation that creates a dreamy feeling that is relaxed and contented. “Artificial Time” leans more toward smooth jazz with a graceful, easy sway and free piano style - musical magic! “Piano Story” appears in two versions, an “A.M.” and a “P.M.” version. Both are graceful and heartfelt piano solos, and the “P.M.” version is much longer and quite a bit more dramatic - I love ‘em both! “Tick-Tock Tale,” also a piano solo, moves quickly and and in all directions. “Moments” is more introspective and reflective - also a lovely solo and a favorite. “Age of Eternity” blends the rapidly-flowing piano with strings and atmospheric sounds that give the piece a feeling of spaciousness and freedom - a gorgeous musical exploration. “Hour of Prayer” is a quiet, peaceful solo - gentle and sincere. The title track incorporates an elegant piano melody with a driving beat and electronic instrumentation that work seamlessly together. “The Joyful Clock Unwinds” brings the album to a close with a sweet and peaceful solo piece that soothes as it expresses warm contentment.

11:11 is an album that was well-worth the wait and will likely be up for any number of awards again this year. It is available at Amazon, iTunes, and CD Baby. Very highly recommended!
April 25, 2016
This review has been tagged as:
Kathy's Picks
John's Website John's Artist Page on MainlyPiano
Album Links
Amazon (referral)iTunes
This site contains affiliate links to products. We may receive a commission for purchases made through these links.
More reviews of John Fluker albums 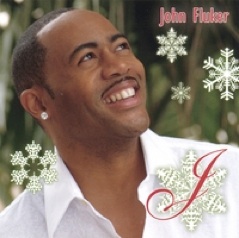 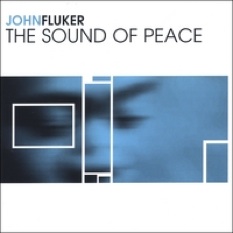 The Sound of Peace
2006
Debut Albums 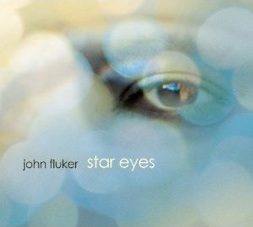