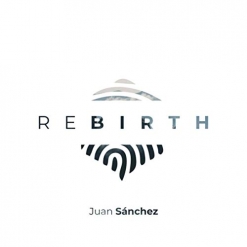 Juan's Website Juan's Artist Page on MainlyPiano
Album Links
SpotifyiTunes
This site contains affiliate links to products. We may receive a commission for purchases made through these links.
Rebirth
Juan Sanchez
2019 / Juan Sanchez
35 minutes
Review by Kathy Parsons
Earlier this year, I reviewed a debut single by Spanish composer/pianist/music producer Juan Sanchez called “Rebirth.” I gave the single a very favorable review and was happy to learn recently that not only had Sanchez released a series of singles, he had released a full album of nine original tracks also called Rebirth. Some of the pieces are solo piano and some are ensemble works composed in an ambient/neo-classical style. Performed on a variety of different pianos and keyboards, each track has its own sound, but the album flows very smoothly from start to finish.

Sanchez started piano lessons at the age of 14 “when a deep passion for music and creation of art was born.” He played keyboards in a series of bands and went to London in 1995 to study music and technology; he stayed there for five years. Sanchez started to compose ambient electronic music in 1999 and has been creating music for multimedia and sound libraries ever since. He had always dreamed of becoming a professional pianist and composer, but lacked the self-confidence to pursue his dream. Soon, he discovered the music of Max Richter, Ludovico Einaudi and other artists who were composing the kind of music Sanchez envisioned, and the spark of passion was ignited.

Appropriately, the album begins with the title track, “Rebirth,” the first piece Juan Sanchez ever released. Often asked the reason for his choice of titles, Sanchez explains: “Over the course of the last two years, I have started to learn how to reprogram my brain by taking personal development courses. My goal is to completely overcome my self-limiting beliefs that were hindering my growth and personal development. Now that I am starting to see the fruits of my success and change the way I think, I feel that, in some way, I am becoming a new person – I have been reborn.” Haunting and introspective, it’s a beautiful first piece! The bittersweet “Beto” features Sanchez playing gently-flowing broken chords on the piano to support the poignant melody on strings. I really love this one! As its title suggests, “Heading To Dreamland” is a sweet lullaby, also for piano and strings. Very smooth, soothing and relaxed, much of the piece is played in the upper half of the piano, giving it a feeling of sweetness and innocence. “Peaceful Places” is played on a piano with either the una corde (soft pedal) on or the piano strings slightly muted. Occasional sounds from inside of the piano can also be heard, an effect that has become very popular - especially in Europe - the past several years. Two versions of “Beautiful Rose” appear back-to-back with the solo piano version coming first, followed by an arrangement for string quartet - both are elegant and very beautiful. “All of Us” returns to the more “prepared” piano, but this time the inner workings of the piano are a bigger part of the piece with the sounds of the key mechanisms very obvious throughout - always an interesting effect. “Arctic Solitude” for piano and strings expresses a chilly sparkle and a feeling of vast openness that is far from unpleasant or lonely. “Silent Tears” closes the album and is probably my favorite piece in the collection. The contrast of the smoothly-rolling broken chords in the bass of the piano and the more percussive right hand enhanced with ambient sounds create a very moody effect that I like.

Rebirth is a very strong and promising first album and is available on Spotify as well as from iTunes/Apple Music, CD Baby and as singles only from Amazon. Two thumbs up!
November 11, 2019
This review has been tagged as:
Debut AlbumsKathy's Picks
Juan's Website Juan's Artist Page on MainlyPiano
Album Links
SpotifyiTunes
This site contains affiliate links to products. We may receive a commission for purchases made through these links.
More reviews of Juan Sanchez albums 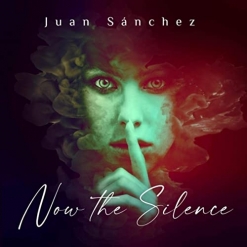 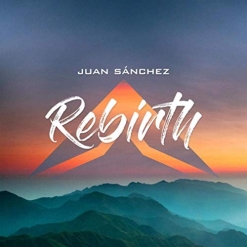