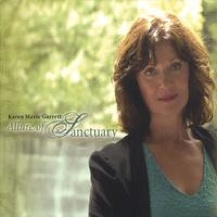 Karen's Website Karen's Artist Page on MainlyPiano
Album Links
Amazon (referral)iTunes
This site contains affiliate links to products. We may receive a commission for purchases made through these links.
The Allure of Sanctuary
Karen Marie Garrett
2005 / Karen Marie Garrett
46 minutes
Review by Kathy Parsons
Allure of Sanctuary is the second CD released by Karen Marie Garrett. It is astounding how much this artist has grown since her 2002 debut, Pensare Piano. Will Ackerman’s gifts as producer certainly helped to make this CD as breathtaking as it is, but if the quality of music isn’t there, no producer in the world can give it soul and depth - and this CD has mega-doses of both. A classically-trained pianist from the age of five, Ms. Garrett plays with the strength and emotional clarity that come from years of expressing oneself at the piano, sharing the joys and sorrows of life with the beloved 88’s. The twelve pieces include eight original compositions, a lovely arrangement of “The Green Hills” by Brian Gibson, and Erik Satie’s “Trois Gnossiennes,” performed as originally composed. Most of the pieces are piano solo, but Garrett is joined on two by award-winning cellist Eugene Friesen (I LOVE cello and piano together!). Some of the other tracks have English horn, light percussion, and wordless vocals, but this is truly an incredible piano album.

The CD begins with “Tip-Toe Dancer (Kathryn’s Song),” one of the lighter pieces in this collection. It was inspired by a story told by a close friend about a childhood dance performed for friends and family. Graceful yet playful, it is easy to imagine the seriousness of the young dancer and the warm reception of the adults. “Lake EWOK Muse” is an improvisational duet for piano and cello that followed a sunrise meditation beside Lake EWOK at Skywalker Ranch, where the album was recorded. The feeling of serenity envelops you as you listen to the two artists interact seamlessly, creating a perfect sense of peace. “Simple Things” is a celebration that begins in a classical style reminiscent of a children’s piano study and evolves, retaining the sweet melody and simplicity of the message but becoming a full and graceful solo. The title track is fascinating. It begins with a mournful piano prelude and becomes a rhythmic dance with a seductive Spanish flavor. Susan Whittle’s vocals and percussion provided by Will Ackerman and Derrick Jordan add to the enchantment. “Will’s Song” is an improvisational piece that is so deeply felt that it almost sends a chill - what a beauty! “Toll of War (Adagio)” is a wrenching duet for piano and cello. A profound statement of humanity rather than of politics, the sense of loss and pain reach to the depths of the soul. This is a piece that needs to be heard. The gentle, pensive closing track is a solo piano reprise of “Lake EWOK Muse.”

Allure of Sanctuary is a must-have CD! It is available from kgpiano.com, iTunes, amazon.com, and cdbaby.com. Highly recommended!!!
November 13, 2005
This review has been tagged as:
Kathy's Favorites: 2005
Karen's Website Karen's Artist Page on MainlyPiano
Album Links
Amazon (referral)iTunes
This site contains affiliate links to products. We may receive a commission for purchases made through these links.
More reviews of Karen Marie Garrett albums 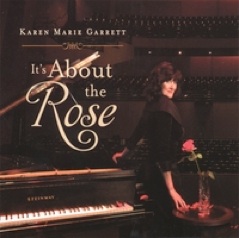 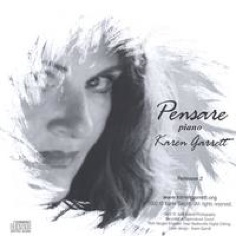 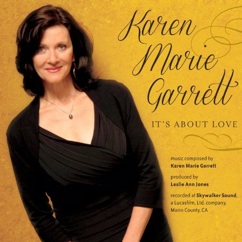