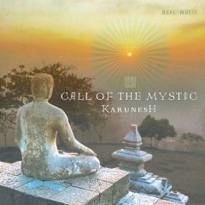 Karunesh's Website Karunesh's Artist Page on MainlyPiano
Album Links
Real MusicAmazon (referral)iTunes
This site contains affiliate links to products. We may receive a commission for purchases made through these links.
Call of the Mystic
Karunesh
2004 / Real Music
50 minutes
Review by Michael Debbage
The Hawaiian Islands are bathed in the open warm blue Pacific Ocean. The lush colorful islands are full of life and many of them are barely disturbed by the world that we know. Yet integrated within this untouched environment are the city amenities of Honolulu that create a harmonic metaphorical state of the exotic meeting the commercial world; the east meeting the west. Residing in Hawaii for over twelve years, Karunesh has managed to translate this unusual yet successful clash of two different worlds and present a musical soundtrack of his cultural surroundings making his compositions both mystical and commercially accessible.

Karunesh is a German native who transplanted himself to the tropical world of the Hawaiian Islands. Though Karunesh has only been on the Real Music roster since 2001, he has been composing music since 1984 when he released his debut, "Sounds Of The Heart." His Real Music introduction was "Zen Breakfast" and the artwork implied spiritual roots; however, this did not manifest itself by way of his music. Though enjoyable and pleasant, it never seemed to move the listener into his mystical world. "Nirvana Cafe" was an improvement, but again emphasized his commercial world and did not separate him from many other artists, even with the assistance of Govi on guitar.

Quite the contrary with Call of the Mystic, which represents a total fusion of the spiritual and commercial values that are available via this media of music. Considering the departure, this is a very courageous move by Karunesh but the commercial success may be in doubt. Musically the approach is not heavy handed to the point that the mystical angle beats you over the head. Nevertheless, the preponderance of the approach is to touch and move you in a gentle and submissive way with a strong use of instruments such as chimes, gongs, bamboo flutes, sitar and what sounds like a Chinese zither to name a few.

For the most part, the compositions open with soft passages that are ambient in nature. They set both the tone and attitude, preparing the listener's frame of mind. As a result, the songs are elongated clocking in from five to seven minutes. They create a soft soothing bath of comfort while exfoliating the soul of the day's stress and tension. No better place to start than the opening track, "Bansu", which includes a supple introduction of chimes and elegant flute instrumentation. With the appendage of pulsating yet non-obtrusive percussion work along with some fine nylon guitar work, and even Govi on sitar, the standard has been set.

Fortunately, this is not a one-off chance as Karunesh continues to present high quality compositions that are well thought out, presenting a cohesive disposition. A similar percussion pattern is used as the backdrop to "Violin" that is countered by the naysay world of the graceful violin that is up front and central. Magical! And much the same can be said for the distinctive "Shaku", though the melody parallels a David Arkenstone composition that evades the reviewer. It is not all serious as "Savod" delivers a more prominent and upbeat use of the percussion countered with a fun tin whistle and swirling Chinese zither creating a swaying rhythmic beat that is moving yet not distracting.
Though, without a doubt, the most exquisite slice of heaven is the very Asian influenced "China" (how appropriately titled) which is seeping in tradition, mysticism and the exotica much like its far away grand land of China.

It took three attempts but it appears that Karunesh has finally found his niche. That being said, perhaps a slight album title adjustment to Call of the Mystic should be considered, as the inspiration to take you there is here.
April 4, 2004
This review has been tagged as:
Michael's Favorites: 2004
Karunesh's Website Karunesh's Artist Page on MainlyPiano
Album Links
Real MusicAmazon (referral)iTunes
This site contains affiliate links to products. We may receive a commission for purchases made through these links.
More reviews of Karunesh albums 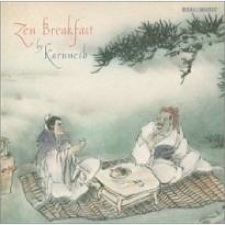 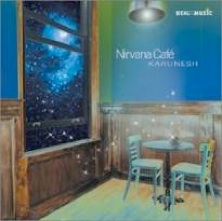 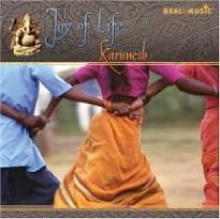