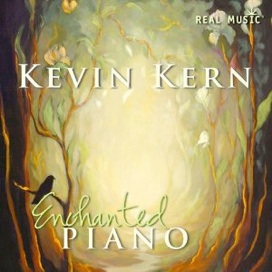 Kevin's Website Kevin's Artist Page on MainlyPiano
Album Links
Real MusicAmazon (referral)iTunes
This site contains affiliate links to products. We may receive a commission for purchases made through these links.
Enchanted Piano
Kevin Kern
2012 / Real Music
43 minutes
Review by Kathy Parsons
Enchanted Piano is Kevin Kern’s tenth release on the Real Music label and his first all solo piano album - finally! If you have been fortunate enough to see Kern playing solo in concert, you have a good idea of what an incredible pianist he is. He started picking out melodies on the piano at the amazing age of eighteen months, and studied music through a Masters Degree in Performance from The New England Conservatory of Music, so he is an exceptionally well-trained as well as remarkably gifted musician. The eleven selections on this album are fan favorites from six of Kern’s previously-released CDs in all of their rich, unadorned beauty - just the artist and his beloved piano. Not surprisingly, three of the songs come from Kern’s classic debut album, In the Enchanted Garden (1995). There are three from Kern’s “best of” More Than Words (2002), three from Imagination’s Light (2006), two each from Embracing the Wind (2001) and Beyond the Sundial (1997), and one from Summer Daydreams (1998). Kern has such an elegant touch and his music is so graceful, melodic, and heartfelt that it is difficult to choose favorites from this collection - and what a nice thing that is!

Enchanted Piano begins with “Pastel Reflections,” a Kern classic in its own right and one of his most popular pieces. This solo version brings out the beauty of the simple melody and the feeling of a warm, sweet daydream. “Through The Arbor” is one of Kern’s signature pieces and one of my own favorites to play and teach. “A Gentle Whisper” is even more poignant as a piano solo, overflowing with tenderness and longing. “Sundial Dreams” is another classic - a peaceful and happy daydream set to music. Kern hasn’t recorded many dark pieces, but “Childhood Remembered” has always been one of my favorites. “Remembering the Light” is gently nostalgic with warm and blissful memories. “Into the Realm” and “Hide and Seek” both come from Kern’s under-appreciated Beyond the Sundial, and I’m really glad to see these two beauties come to the surface again. The album closes with “The Enchanted Garden,” a true classic of the new age genre.

I would have to say that Enchanted Piano is my favorite Kevin Kern album to date. I hope it’s a smash hit so he will be encouraged to release more solo piano records! It is available from most online retailers as well as offline music outlets. Very highly recommended!
January 25, 2012
Kevin's Website Kevin's Artist Page on MainlyPiano
Album Links
Real MusicAmazon (referral)iTunes
This site contains affiliate links to products. We may receive a commission for purchases made through these links.
More reviews of Kevin Kern albums 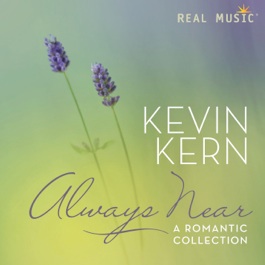 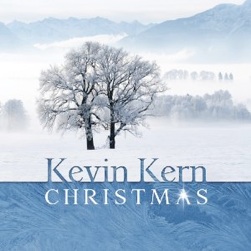