Real Music's Website Real Music's Artist Page on MainlyPiano
Album Links
Amazon (referral)iTunesReal Music
This site contains affiliate links to products. We may receive a commission for purchases made through these links.
Forest Bathing
Real Music Compilations
2016 / Real Music
63 minutes
Review by Kathy Parsons
Over the years, Real Music has assembled some stunning compilation albums, and Forest Bathing is one of them. Compiled from albums dating from 1988 up through 2016, twelve artists are represented on fourteen tracks (Kenio Fuke and the late Hillary Stagg have two tracks each). The album title comes from the Japanese practice called “shinrin-yoku,” which translates as “forest bathing” and involves spending time in the forest and natural areas as good preventative medicine. In humans, exposure to some of the naturally-occurring chemicals released in the forest can lower blood pressure, relieve stress and anxiety, and boost the immune system. The music on this album was chosen for “its compatibility with the cleansing resonance of trees and may be used at any time for relaxation and to simulate forest healing.” (quoted from the liner notes) There is a very nice balance of piano/keyboards, guitar, electronica, and harp, and the artists are from all over the world, sharing a variety of musical cultures and traditions as well as newer sounds.

The other ten artists who have been included in this collection are Kevin Kern, Gandalf, Eamonn Karran, Carl Borden, Devakant, Mike Howe, Sacred Earth, Haiku, Peter Kater, and Bernward Koch. Ten of the fourteen selections come from albums that were released at least five years ago, so it doesn’t seem likely that many people would have all of this music on the original albums. My own favorites are “Enchanted Forest” by Kenio Fuke, “Fairy Wings” by Kevin Kern, “Run Deep” by Mike Howe, “Magical Land” by Kenio Fuke, “Sunset” by Peter Kater, and “Softly Awakening” by Bernward Koch.

Forest Bathing is a great album for any time of the year, but could be especially helpful as an antidote to the faster pace of the holidays. It is available from RealMusic.com, Amazon, and iTunes as well as other retailers that carry Real Music releases. Recommended!
November 11, 2016
Contributing artists:
Bernward KochEamonn KarranGandalfKenio FukeKevin KernMike HowePeter Kater
Real Music's Website Real Music's Artist Page on MainlyPiano
Album Links
Amazon (referral)iTunesReal Music
This site contains affiliate links to products. We may receive a commission for purchases made through these links.
More reviews of Real Music Compilations albums 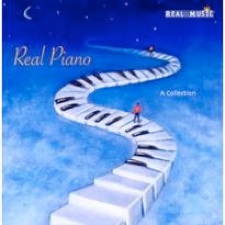 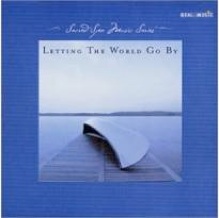