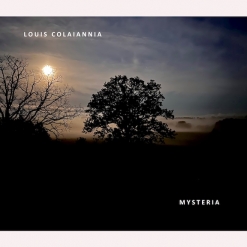 Louis' Website Louis' Artist Page on MainlyPiano
Album Links
Amazon (referral)Apple/iTunesSpotify
This site contains affiliate links to products. We may receive a commission for purchases made through these links.
Mysteria
Louis Colaiannia
2022 / Louismusic
48 minutes
Review by Kathy Parsons
I have been reviewing Louis Colaiannia's music since 2010 and he has performed in my house concert series many times, yet his music is often full of surprises. Louis is a pianist/composer/arranger/producer and keyboardist from Colorado, and Mysteria is his fifteenth album. Most of the music on Mysteria was composed and produced during the Covid lockdowns, and much of it is both reflective and introspective. All twelve of the original tracks are piano-based with other instrumentation/orchestration. Louis was a classically-trained pianist from childhood, but has composed and played in many genres of music including rock and jazz. All of those influences factor into his music, but Mysteria is on the quieter more peaceful side and reflects the time when the music was created.

Mysteria begins with "One Day At A Time," an optimistic piece that conveys the message that "we can get through this if we just take care of each other and take things one day at a time." Piano and shimmering steel guitar along with bass, drums and wordless vocals express this simple but profound message - a great beginning! "Gentle Touch" begins with a solo piano intro, and soon becomes more orchestrated with strings and other instruments as well as the piano - slow, graceful and very soothing. "Along the Road" expresses a feeling of moving forward at an easy, relaxed pace. In addition to piano and strings, there are atmospheric keyboard effects that give the piece an expansive feeling. "Lonely Bird" is much darker and more melancholy with open spaces between many of the notes to express emptiness and solitude. In a couple of places, the tempo picks up and then slows to a halt, returning to the slow sadness of the beginning. This one is mostly piano, but there are some wordless vocals and strings in passages, too - my favorite track on the album. "A Song Of Thanks (For Delome)" was composed for Louis' first piano teacher, who recently passed away. Quoting Louis: "When I was having difficulty playing a piece of music she told me to stop playing the notes and play the music. When I told her I didn't understand, she said if I listen carefully when I'm playing the song I will hear water running in the background. That's when I realized that music isn't about playing notes, it's about painting pictures, creating feelings, and telling stories. That's when I was inspired to write my own music. So towards the end of the song there is water running in the background as a tribute to her. Delome Kerstner." What a touching tribute! "A New Day" is another favorite. Light and gently optimistic, the simple piano melody and rolling broken chords are enhanced with strings, voices and atmospheric sounds. "Old Mountain Town" begins as a piano and cello duet that is slow, nostalgic and very beautiful. More instrumentation is added in the middle, but the feelings of stillness and isolation remain. I really like this one, too! The title track is, indeed, very mysterious. Sometimes dark and mournful and sometimes much brighter and livelier, it's a fascinating musical journey. "Reconnections" is about "coming together again after the lockdown was over and we could get back to a semi-normal life and reconnect with our friends and family again. It's also about reconnecting with someone from our past and having them in our lives again." The piece features Joey Glassman on vibraphone, marimba and other percussion. Deep emotion flows from this piece and goes straight to the heart. The album closes with the warm and peaceful "Dreaming" - truly a happy ending!

Mysteria is available from Amazon, Apple Music/iTunes and streaming sites such as Spotify. Check it out!

August 16, 2022
This review has been tagged as:
Latest Reviews
Louis' Website Louis' Artist Page on MainlyPiano
Album Links
Amazon (referral)Apple/iTunesSpotify
This site contains affiliate links to products. We may receive a commission for purchases made through these links.
More reviews of Louis Colaiannia albums 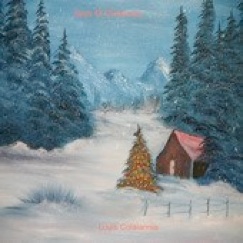 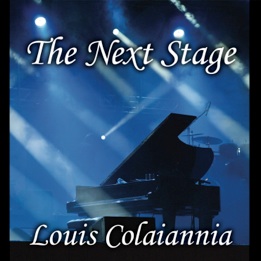