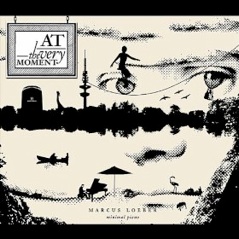 Marcus' Website Marcus' Artist Page on MainlyPiano
Album Links
Amazon (referral)iTunes
This site contains affiliate links to products. We may receive a commission for purchases made through these links.
At the Very Moment
Marcus Loeber
2011 / Billibaberecords
74 minutes
Review by Kathy Parsons
At the Very Moment is the third piano album from German composer Marcus Loeber. His first two albums, Songs For Emelie (2004) and Two Sides (2005), both blew me away, and At the Very Moment has had no less of an impact. The twenty tracks represent moments in the composer’s life, told through music in what Loeber calls a “minimal piano” style. A few of the tracks are played on keyboards or have electronic enhancement, but most are played on a beautiful grand piano. The album is available for download, but give yourself a treat and buy the CD. It includes a 64-page booklet with full-color photos, the stories behind many of the pieces, and a variety of musings by Marcus Loeber himself. It’s a very impressive package! And the music, ahhh, the music! Loeber is truly a consummate artist who composes and performs from a very personal place within, revealing his heart and the truths that live there. Some of the pieces are joyful, while some are darker and more introspective. Although there is a variety of musical styles, the album has a seamless flow. This one is certain to be on my Favorites list for 2011!

I can’t tell you about all twenty tracks, but I’ll hit some of the highlights. At the Very Moment begins with “Cold Winter,” a slow, quiet piece that beautifully describes winter’s peaceful chill. “Waltz in G Minor” was recorded at Abbey Road Studios in London, where The Beatles recorded. The waltz is in a classical style with a contemporary sensibility - sweet and graceful. “Reflections” was inspired by a cab ride in New York City as the sun was about to set. Performed on keyboard, this piece has a mysterious, haunting quality that I really like. “Inspiration” truly is minimal piano, with lots of open space and a gentle touch. “Hope” is also very spare, but it conveys a very emotional message that touches deeply. I love this one! I also love “Little Waltz in A Minor,” a melancholy piece that seems almost tragic. Again, with a minimal number of notes, Loeber conveys so much feeling. An alternate version of this wonderful piece comes later in the album. “Menuet in A Minor” begins in the upper registers of the piano, sounding almost like a charming little music box. The music builds as it evolves, and the middle section is big and booming with lots of bass octaves; then the original theme alternates with the middle theme. This one sounds like fun to play! “Missing You” is a gorgeous tribute to a beloved Dachshund who graced the Loeber family for twelve years. I can relate! It is followed by “Arthur’s Rag,” and Arthur is the doxie’s successor. Playful and carefree, it’s a delight (I’m sure Arthur is, too!). “Carrousel” sounds like a haunted merry-go-round or an old French film. The left hand plays a steady oom-pa-pah while the right hand dances around the piano - pure fun and sure to bring a smile! “At the End of the Session” is a lovely improvisation recorded at Abbey Road after the other tracks were finished with time remaining in the session. “Time To Leave” concludes this incredible album. Recorded in Berlin, it is a lingering “so long for now,”

At the Very Moment is an exceptional album in every way, and I give it my highest recommendation. It is available from www.marcusloeber.com, Amazon, iTunes, and CD Baby. Bravo, Marcus!
August 27, 2011
This review has been tagged as:
Kathy's Favorites: 2011
Marcus' Website Marcus' Artist Page on MainlyPiano
Album Links
Amazon (referral)iTunes
This site contains affiliate links to products. We may receive a commission for purchases made through these links.
More reviews of Marcus Loeber albums 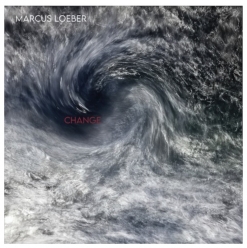 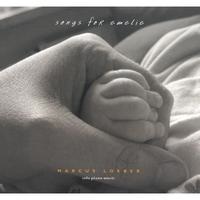 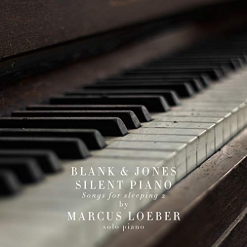