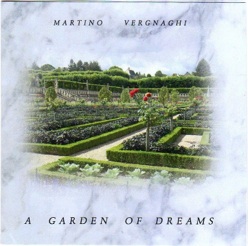 Martino's Website Martino's Artist Page on MainlyPiano
Album Links
Amazon (referral)iTunes
This site contains affiliate links to products. We may receive a commission for purchases made through these links.
A Garden of Dreams
Martino Vergnaghi
2012 / Martino Vergnaghi
41 minutes
Review by Kathy Parsons
A Garden of Dreams is the second release by Italian composer/singer/keyboardist Martino Vergnahi, following his 2009 debut, Blue Star. The album is made up of twelve tracks, each of which tells the story of a different dream or situation that is briefly explained in the liner notes. Some of the pieces are keyboard instrumentals and some contain Vergnaghi’s impressive and passionate vocals. Two years in the making, this noteworthy album is sure to bring a bigger international audience to Vergnaghi’s music. Most of the tracks are very smooth and soothing, recalling pleasant experiences and dreams, while offering encouragement and hope. Still in his mid-20’s, Martino Vergnaghi’s musical career is off to a very promising start!

A Garden of Dreams opens with “A Garden of Memories,” a slow and gentle piece that tells of a childhood when life was simpler and more carefree - a lovely and evocative beginning. “La Belle Dame Sans Merci” is one of my favorites. In this dream, Vergnaghi meets a woman who is both beautiful and evil, but the sparkling, magical quality of the music indicates she isn’t that evil and the graceful waltz tempo gives it a playful rhythm. I also really like “A Winter Night in Stockholm,” which tells of a frozen evening when the streets were deserted and the city looked like a “ghost city.” Most of the melody is played with a bell-like voice that is light-hearted and free, and the playful mood makes it irresistible. “Dreamland” has the graceful, easy flow of a dream where everything is perfect and all things are possible. “Chasing the Dream” is a piano/keyboard solo about chasing dreams despite any troubles that get in the way. My favorite track is “Alta Anaunia,” the ancient name of a mountain valley in Northern Italy where Vergnaghi spent many childhood summers. Peaceful yet very majestic, it evokes visions of imposing mountains and lush, green valleys with lazy streams and plenty of sunshine. “Walk Young Pilgrim” was created to be an encouragement to those who must overcome troubles and obstacles while walking the paths to their dreams and goals.

A Garden of Dreams is available from Amazon, iTunes, and CD Baby. Recommended!
May 27, 2012
Martino's Website Martino's Artist Page on MainlyPiano
Album Links
Amazon (referral)iTunes
This site contains affiliate links to products. We may receive a commission for purchases made through these links.
More reviews of Martino Vergnaghi albums 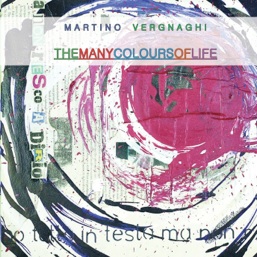