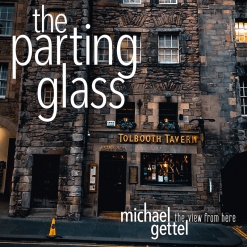 Michael's Artist Page on MainlyPiano
Album Links
Amazon (referral)Apple/iTunesSpotifyYouTube
This site contains affiliate links to products. We may receive a commission for purchases made through these links.
The Parting Glass (single)
Michael Gettel
2021 / First Snow Music
4 minutes
Review by Kathy Parsons
Good news! Pianist/composer Michael Gettel is back after a long hiatus from composing and recording! "The Parting Glass" is the first of two singles that will precede the release of Michael's first album in many years, The View From Here, which will be available on February 11, 2022. If you aren't familiar with Michael's music, he has released twelve albums internationally and was one of the prominent artists on the late/great Narada label. Most of his music was and is inspired by nature and specific geographical areas that include the Southwest and Pacific Northwest regions of the US as well as the UK. His music has been used extensively in films and in television and has won several prestigious awards. He has been a music teacher for many years, and Michael and his wife recently founded the non-profit San Luis Music in Colorado.

"The Parting Glass" is a solo piano arrangement of one of Michael's "most favorite Scottish tunes, and my take on it marries the traditional melody with a more interesting B section." The opening section is very open and dreamy, leading into a more energetic and upbeat movement that all but dances out of the speakers before returning to the original theme. It's a wonderful piece and promises very great things to come with the full album!

"The Parting Glass" is available from Amazon, Apple/iTunes and many streaming sites including Spotify. Welcome back, Michael! We missed you!
December 8, 2021
This review has been tagged as:
Latest ReviewsSingle Release
Michael's Artist Page on MainlyPiano
Album Links
Amazon (referral)Apple/iTunesSpotifyYouTube
This site contains affiliate links to products. We may receive a commission for purchases made through these links.
More reviews of Michael Gettel albums 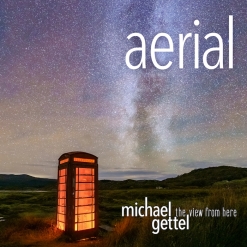