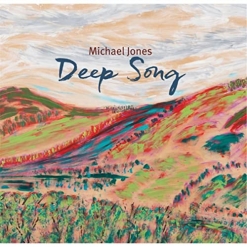 Michael's Website Michael's Artist Page on MainlyPiano
Album Links
Amazon (referral)Apple/iTunesSpotify
This site contains affiliate links to products. We may receive a commission for purchases made through these links.
Deep Song
Michael Jones
2014 / Pianoscapes
75 minutes
Review by Michael Debbage
To say that the loss of Michael Jones in 2022 was devastating would actually be an understatement. Not only was Michael Jones the King of inspiring improvisational music, he was also one of the cornerstones and pillars of the Narada record label in the mid 80’s as both he and David Lanz jump started the New Age label’s tremendous surge into the palatable recording market. In spite of the label’s success, Michael Jones music was the purest in improvising creationism but it was wonderful to also see a success in his musical output over the decades.

With the recent passing of Mr. Jones, it would appear that his alleged last recording Almost Home in 2005 was most appropriately titled. But somehow this reviewer ashamedly missed the truly last official 2014 recording of Deep Song and what a breath of fresh air it is. To find this “lost album” is truly a deep inhaling of the great improviser. In an effort to rectify this oversight, what a profound pleasure to deeply immerse one’s self into this 2014 recording with Mr. Jones providing us with six titles lasting 75 minutes with a wonderful wanderlust of his magical music. The 6 gems range from the shortest title track clocking in at 8 minutes yet ranging up to and in excess of 18 minutes plus. The latter is reflected by the playful “Born on The Wind” (as suggested by iTunes and You Tube postings versus the CD sleeve credits that appears to have track 3 and 4 in reverse). It is this actual track along with the opening track “Stirrings Of The Morning” that wanders in its improvising themes that then suddenly finds a melody of stirring wondering moments.

In spite of the above in mind, it is the truly well grounded “The Earth Sings” that perfectly mergers Michael’s improvising wanderings with an unassuming melodic flirtation. Add the rich closer “Belonging To The World” that finds both the left and right hand piano playing in perfect balance, this conclusion of Michael’s work is a stellar exit to the musical world of the improvising king of piano !!!

If this reviewer can borrow from himself, it is the elegant, sophisticated and contemporary impressionistic approach of Michael Jones that continues to live in his simplistic but graceful music. Deep Song further extends this rich tradition of classy improvisational "pianoscapes" that has become well known as Michael's Music. May the piano man of improvisation truly rest in peace and yet eternally live within our musical memories.
May 1, 2022
This review has been tagged as:
Latest ReviewsMichael's Picks
Michael's Website Michael's Artist Page on MainlyPiano
Album Links
Amazon (referral)Apple/iTunesSpotify
This site contains affiliate links to products. We may receive a commission for purchases made through these links.
More reviews of Michael Jones albums 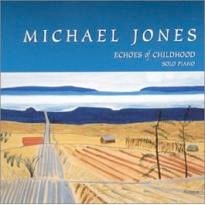 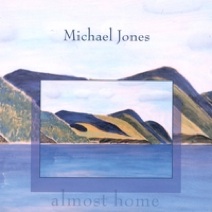