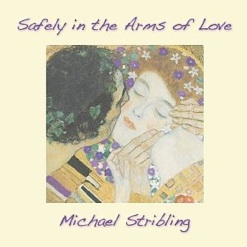 Michael's Website Michael's Artist Page on MainlyPiano
Album Links
Amazon (referral)iTunes
This site contains affiliate links to products. We may receive a commission for purchases made through these links.
Safely in the Arms of Love
Michael Stribling
2011 / Leela Music
66 minutes
Review by Kathy Parsons
In the tradition of Michael Stribling’s previous six albums, Safely in the Arms of Love is the soundtrack to a story or message created by Stribling. Fully orchestrated and performed on keyboards, the music ranges from very bold and cinematic to quiet and introspective, from joyful to hopeless despair. A variety of world music influences and a broad range of powerful emotions make this a fascinating musical journey. The story itself is told in the liner notes and on Stribling’s website, but even without the text, it is obvious that this album is telling a very adventurous tale.

The story begins with “Spirit of the Highlands,” which tells of a young man leaving his home in the highlands against his father’s wishes. He is headed for the continent, seeking his fame and fortune. Celtic flavors include pennywhistle, fiddle, and what could be the drone of bagpipes. “Stormy Seas” depicts the challenge of crossing over to the mainland. Dark, intense, and very dramatic, this is one of my favorite tracks. “Far Away From Home” is much quieter and more reflective. The boy eventually finds “The Royal City” where he becomes an apprentice in his uncle’s alchemy shop. The majestic and stately music describes the grandeur of the city. One day, the boy hears the sound of the approaching Byzantine Carnival Parade - mysterious and exotic. Fascinated, he leaves work, goes to the carnival tents, and is lured by the sultry music of “Veiled Dancers.” The beauty of one of the Asian dancers and her slow, sensual movements captivate the boy, and he returns later that night to find his “Asian Flower.” The music here is smooth and simple, conveying the magic of new love.

The story is set in Europe during Medieval times, when the Inquisition was in full force, and the young couple knew that their being together would mean serious trouble. Officials arrest the boy and take him away. “Dark Times (The Inquisition)” is full of dread and the feeling of imminent danger. While imprisoned, the boy could only pray and ponder his fate. “Miserere Mei” is pitch black with organ, chanting, and the feeling of utter despair. When all seemed lost, three shadowy figures appeared, opened the cell door and led the boy away from his captors. “Escape and Pursuit” is intense, agitated, and very dark. Guitars and strong rhythms suggest a breathless chase that fades out near the end. Later, the shadowy figures reveal themselves to be the boy’s father and uncle, and his lady love. “Desolation and Absolution” begins mournfully, but turns around about halfway through, becoming hopeful and full of grace. Now “Safely in the Arms of Love” as the story comes to an end, the mood of the music is light, warm, and full of optimism.

Michael Stribling is a master of this kind of musical story-telling, so if you are new to his music, this is a great place to start. Fans of his previous releases will find much to love about Stribling’s newest work. It is available from Amazon, iTunes, and CD Baby. Recommended!
November 1, 2011
Michael's Website Michael's Artist Page on MainlyPiano
Album Links
Amazon (referral)iTunes
This site contains affiliate links to products. We may receive a commission for purchases made through these links.
More reviews of Michael Stribling albums 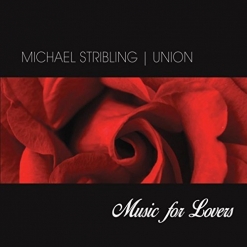 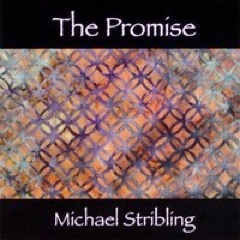 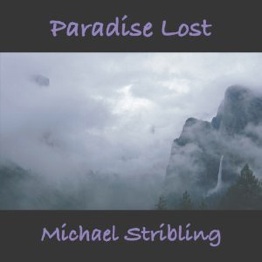