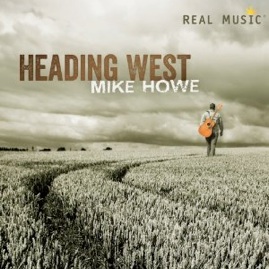 Mike's Website Mike's Artist Page on MainlyPiano
Album Links
Real MusicAmazon (referral)iTunes
This site contains affiliate links to products. We may receive a commission for purchases made through these links.
Heading West
Mike Howe
2013 / Real Music
52 minutes
Review by Michael Debbage
With Howe’s impressive debut being released back in 2009, every single year he has come up with a new shining jewel to add to his recording treasure chest. However, 2012 represented the first year that Howe was unable to maintain this ridiculous recording pace. Instead, he finally skipped a year with Heading West receiving a formal release in the year of 2013 as well as probably one of his finest recordings to date.

While Howe continues to lay his musical foundation in pastoral yet engaging pastures, Heading West represents a more exploratory recording and is best summed up by the liner notes which state that “through the heart and hands a British guitarist interprets his American travels”. Needless to say, Heading West lightly draws on the strains of folk, jazz and country allowing us as the listener to hear this very intelligent and introspective music become a tad more retrospective without losing his gorgeous original musical voice.

Though Heading West begins like any typical Howe album, by track 3 you will find yourself in somewhat new territory with Howe exploring the light jazzy winds of “Badlands” that is driven by what sounds like a stand up bass and light percussive work that intermingles seamlessly with Howe’s guitar and piano work. Speaking of percussion work, check out the stark exotic “Navajo Winds” that features Howe on bongos who decides to pick and pluck at his guitar strings versus strumming. Meanwhile, the light orchestration and gentle spacious piano work on “The Last Buffalo” have similar exotic results but this time leaving a sense of openness. It brings to mind the rolling open plains that are now empty and bare with only ghosts of the once great roaming buffaloes. The same exotica can be found on the mystical “Desert Solitaire” that includes Howe’s delectable but restrained guitar work. On the completely different end of the musical spectrum, perhaps the more driven melodic sensibilities of “Wyoming” may also your suit your fancy.

Otherwise, Heading West is filled with Howe’s effortless ability to make outstanding exquisite music, reflecting his musical journal of his stateside journeys. It also represents one of his best recordings to date and undoubtedly one of 2013’s finer musical moments in its genre. So travel west into a sunset with Mike Howe as his music is your perfect engaging travel companion.
May 11, 2013
This review has been tagged as:
Guitar musicMichael's Favorites: 2013
Mike's Website Mike's Artist Page on MainlyPiano
Album Links
Real MusicAmazon (referral)iTunes
This site contains affiliate links to products. We may receive a commission for purchases made through these links.
More reviews of Mike Howe albums 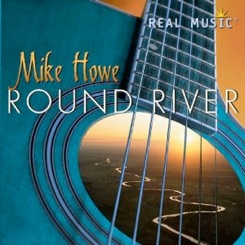 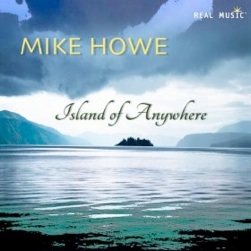