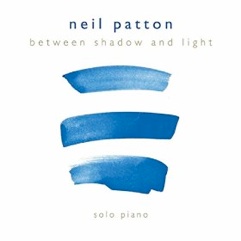 Neil's Website Neil's Artist Page on MainlyPiano
Album Links
Amazon (referral)iTunes
This site contains affiliate links to products. We may receive a commission for purchases made through these links.
Between Shadow and Light
Neil Patton
2015 / Neil Patton
51 minutes
Review by Kathy Parsons
There are a lot of really good pianists on the contemporary piano scene, but only a few are breath-taking, and Neil Patton is one of those. With impeccable technique, lightning-fast fingers, and amazing control of the piano, Patton also brings that intangible magic and passion to his compositions and playing that set him apart from most. From thundering and energetic to the most delicate and tender moments, Patton knows what he wants to say with his music, and does so with clarity and precision, but also with a ton of heart. Between Shadow and Light is probably the most accessible of Patton’s three solo piano albums, but it is also his most dazzling with a fine array of musical moods and messages. In the liner notes of the CD, Patton explains the origins of each piece and dedicates the album to “the Healers: the pastors and priests, doctors and nurses, counselors, therapists, teachers, and other shepherds that have dedicated their lives to the healing of others....” In his introductory comments, Patton states: “The world is broken, and so are we. Our souls, bodies and minds yearn for the day when we are whole again, as we were made to be. For some, the journey through this valley is harder than for others. My prayer is that we would find our ultimate healing in Jesus, and that his peace and power would rest on us....”

Between Shadow and Light is incredible from beginning to end - no filler whatsoever. It begins with “Rhyme or Reason,” composed for a friend suffering with ALS. Filled with questions and tender compassion, there is a beautiful thread of hope that runs through the whole piece. “Surface Tension” is one of the more energetic pieces and one of my favorites. Restless and anxious, imbued with a touch of mystery, this passionate piece never stops moving, swirling from theme to theme, pausing only briefly to catch its breath. “Great Expectations” is another favorite. Dark, questioning and deeply emotional, so much is expressed without words getting in the way. And then there is the title track, “Nocturne (Between Shadow and Light)” a piece with more than a few nods to Chopin, the master of the nocturne. Composed after watching a long, painful illness take the life of his father, this piece is for Patton’s parents, who “never lost sight of their hope in Christ in the darkness of the valley.” This is truly one of the most beautiful and heartfelt pieces of music I’ve ever heard in my life. Words cannot express the emotional impact of this incredible piece. If you only listen to one track on this album, choose “Nocturne.” “Flights of Angels” follows with an exuberant expression of joy and redemption. “The Hands of the Healer” and “The Long Goodbye” are tender and comforting - true expressions of love and compassion. “Moonrise” is more of an experimental piece with additional sounds that were recorded from inside the piano. Inspired by an Ansel Adams photograph, these effects in addition to the beauty of the piece create an atmospheric wonderland - another WOW! piece that closes this amazing album - quite possibly my choice as ALBUM OF THE YEAR.

I sometimes refer to Neil Patton as a “local treasure,” and Between Shadow and Light proves it. It is nothing short of a masterpiece, and I can only hope it receives the recognition it deserves. It is available from NeilPatton.net, Amazon, iTunes, and CD Baby. I give it my highest recommendation - and then some!
October 28, 2015
This review has been tagged as:
Kathy's Albums of the YearKathy's Favorites: 2015
Neil's Website Neil's Artist Page on MainlyPiano
Album Links
Amazon (referral)iTunes
This site contains affiliate links to products. We may receive a commission for purchases made through these links.
More reviews of Neil Patton albums 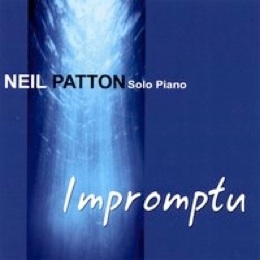 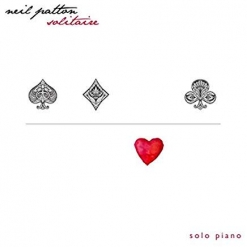 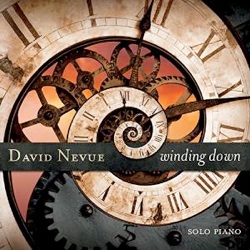