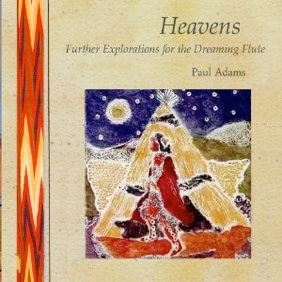 Paul's Website Paul's Artist Page on MainlyPiano
Album Links
iTunesAmazon (referral)
This site contains affiliate links to products. We may receive a commission for purchases made through these links.
Heavens: Further Explorations for the Dreaming Flute
Paul Adams
2010 / Lake Front Productions
92 minutes
Review by Kathy Parsons
Heavens: Further Explorations for the Dreaming Flute is composer/multi-instrumentalist Paul Adams’ eighth album to date, although this is the first of his work that I have experienced. Adams’ background is in ethnomusicology, and while most of the music on this album has a strong Native American influence, other influences are also apparent and reflect Adams’ eclectic interests both musically and spiritually. The music on Heavens was created for healing and stillness, and much of it carries feelings of mystery and melancholy, but as Adams says in the liner notes, “...sometimes sadness can be beautiful.” A wide variety of flutes from around the world are the primary instrumentation on Heavens, but there is also percussion, keyboard washes, a child’s giggle, sounds of nature, and a dog’s bark adding color and dimension to the mix. The liner notes also include a short story Adams wrote called “The Soul Carrier,” that ties in with the music.

The first track on Heavens is “Dreamtime,” which begins with ethereal keyboard sounds before introducing the slow, soothing Native American flute. The piece is a little more than seven minutes long, allowing its hypnotic effects to draw the listener in and surround him or her with a magical kind of peace. “In a Zen Garden” is almost all solo flute with an occasional bell, light percussion, or gentle keyboard wash, creating a mood of stillness with its haunting beauty. “Into the Deep Blue” is a bit more complex with additional instruments and sounds as well as a hypnotic mystical Eastern influence. “Whippoorwill” picks up a higher-pitched flute and lightens the mood considerably with grace and charm. Various percussion instruments suggest sounds of nature and Paul’s dog even checks in on this piece - sure to bring a smile! “The Ancients” is another favorite. Voices, chimes, and ethnic percussion provide a dark and mysterious backdrop for the mournful flute. “Cloud Floating” is as gentle and serene as its name implies. “Sadness Will Not Bind Me” is deeply emotional. There is a very dark continuous keyboard tone in the background while a single flute expresses grief and heartache. Occasionally a second flute emerges with a more hopeful sound, but sadness is definitely the theme here. “Heavens” changes the mood completely with lightness and joy that shimmer. “The Sky of Hope” gently lifts the spirit with its delicate ambience and the feeling of floating. Heavenly!

Heavens is a musical massage for the mind, embracing many aspects and facets of life and spirituality. It is also simply very beautiful music to listen to either actively or in the background of quiet activities. It is available from www.pauladams.org, Amazon, iTunes, and CD Baby. Recommended!
April 21, 2010
This review has been tagged as:
Other Solo Instruments
Paul's Website Paul's Artist Page on MainlyPiano
Album Links
iTunesAmazon (referral)
This site contains affiliate links to products. We may receive a commission for purchases made through these links.
More reviews of Paul Adams albums 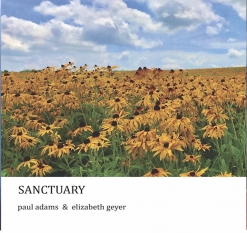 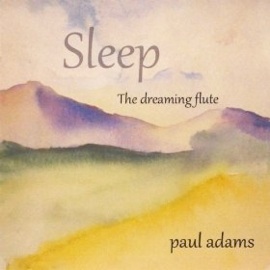 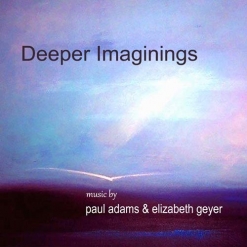