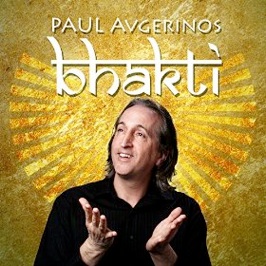 Paul's Website Paul's Artist Page on MainlyPiano
Album Links
Amazon (referral)iTunes
This site contains affiliate links to products. We may receive a commission for purchases made through these links.
Bhakti
Paul Avgerinos
2014 / Round Sky Music
67 minutes
Review by Kathy Parsons
Bhakti is Grammy-nominated/ award-winning composer and multi-instrumentalist Paul Avgerinos’ nineteenth album to date. Best-known for his ambient music, Avgerinos goes in a different direction with Bhakti (a Sanskrit word that means love and devotion). Avgerinos has practiced yoga, meditation, chanting and devotional singing all of his life and became a student of a Bhakti yoga guru from India when he was sixteen. He has been very active in a small Christian church for the past twenty years although he was raised in the Greek Orthodox church. Using a combination of Eastern and Western musical traditions and instruments as well as chanting and singing, Avgerinos has brought all of those influences together into a musical celebration of love and devotion. Calling it a “must have for energizing any yoga practice,” Bhakti is very calming, joyful, and uplifting. Avgerinos sings several of the tracks - a first in almost ten years - and also plays bass, a variety of guitars, keyboards, and did the sound design. Guest artists appear on sarod, EWI, “angelic” vocals, sitar, and violin. All of this is backed by “Bollywood” beats and Christian Sanskrit mantras. Warm and accessible, this is music that should appeal to a broad audience for both its spiritual and musical offerings. Six of the eleven tracks are primarily instrumental although most of those have wordless vocals. All have a strong Indian influence.

Appropriately, Bhakti begins with “Invocation,” a very peaceful opening that sets the spiritual tone of the album. “Shanti Om” is more of a chant sung by beautiful, ethereal voices with a simple but very rhythmic background that becomes more complex as the piece evolves. “Love and Devotion” combines Sanskrit and English lyrics in an upbeat, joyful song with jazz flute passages and a catchy beat. “Om Namah Christaya” is a favorite. Voices are layered (including Avgerinos’) in a very peaceful chant/song backed with a strong rhythm that gives the song a quality that is very serene as well as invigorating. “A Path with Heart” is my favorite of the instrumentals. A bit more Western in its approach, Eastern instrumentation combines beautifully with ambient keyboard sounds - very soothing. “Hare Jesu” again puts Avergerinos’ voice in the forefront in a chant that is both Christian and Hindu - fascinating! Although angelic voices are utilized, “Joy of Being” is primarily an instrumental that is sometimes melodic and sometimes ambient. “Forgiveness and Healing” is a 9-minute track that goes even more ambient and meditative. The closing track, “Peaceful Contentment” provides well over ten minutes of tranquility - gentle and blissful throughout.

Bhakti is quite an unusual but very enlightening listening experience. Paul Avgerinos is likely to garner a great deal of attention and probably another round of awards with this one! It is available from Amazon and iTunes.
October 1, 2014
Paul's Website Paul's Artist Page on MainlyPiano
Album Links
Amazon (referral)iTunes
This site contains affiliate links to products. We may receive a commission for purchases made through these links.
More reviews of Paul Avgerinos albums 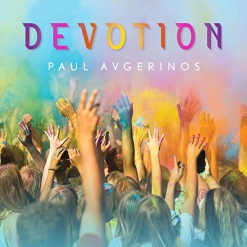 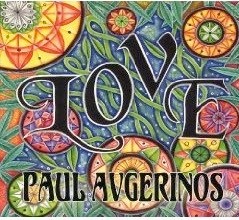 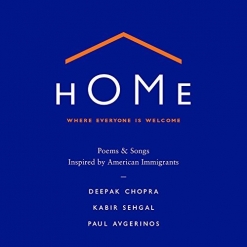 Home: Where Everyone Is Welcome
(as Deepak Chopra, Kabir Sehgal, and Paul Avgerinos)
2017
(contributing artist)