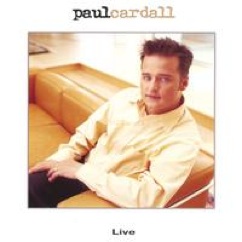 Paul's Website Paul's Artist Page on MainlyPiano
Album Links
Amazon (referral)iTunes
This site contains affiliate links to products. We may receive a commission for purchases made through these links.
Live
Paul Cardall
2003 / Stone Angel Music
Review by Michael Debbage
It was 1995 when Paul Cardall had the first opportunity to record his freshman album Signs Of Affection, five years after he started playing piano. Approximately eight years and many projects later it appeared no better time like the present to release a retrospective. But instead of taking the easy way out with a complete rehash "best of" approach, Cardall treats his listeners to a live recording of one of his warm performances.

Apparently, this recording took place at Soularium Studios in an orchestral room that was able to hold 400 captive listeners. The actual date of the event was December 21, 2002, and while the show included several festive songs to celebrate the reason for the season, Live was condensed and transformed into a very effective exposition of Cardall's memorable career to date. And while the traditional carols are not present on this disc The Christmas Box is still well represented. They come in the shape and form of "Diamonds For Stones" and "The Widow's Mansion," two original compositions from that particular album.

Though the album focuses on Cardall's elegant and deft piano stroke, he is well accompanied by Steven Sharp Nelson who contributes cello and acoustic guitar. Nelson's smooth guitar work is best heard on "Hunter's Heart." Solidified by the presence of Nels Paulson on viola and Everett Peterson and Julie Griffeth Nelson on violin, the album continues to focus on the pure flowing melodies that are tantamount with this artist. The contributions of the above musicians are more so to embellish, creating an even greater sense of elegance and class.

While most of Cardall's albums are proportionately visited, it goes without saying that his finest moment to date The Looking Glass is the exception to the rule and is graced with four songs on this disc. The surprise is the two cover tunes that are present here courtesy of Sting's "Fragile" and the folk song "Scarborough Fair" previously covered by Simon & Garfunkel. For the record, I am not a fan of an artist that covers someone else's compositions. This extremely hazardous task runs the pitfall of either doing a carbon copy of the song or, in contrast, completely reworking it and making the listening experience unbearable. Fortunately, he avoids the snare of either approach by remaining reasonably true to the compositions yet adding enough of a twist to it to make them his own.

Also hats off to Cardall and Dan Carlisle as producer and engineer respectively - the end results are sharp, rich and resoundingly robust for a live recording. It would be interesting to know how much tweaking took place after the actual live recording session or whether we are hearing an essentially true document of what happened on that special night.

Those of you that dislike the banter of live albums between the artist and his audience will be pleased to know that this project avoids such. For me that [practice] personalizes the disc, which is my only minor complaint about the album. Otherwise, Live is an immaculately well-produced ensemble of Cardall's already impressive composition resume. And there is no better time like the present to discover this artist who is in full creative stride.
January 1, 2003
This review has been tagged as:
Michael's Favorites: 2003
Paul's Website Paul's Artist Page on MainlyPiano
Album Links
Amazon (referral)iTunes
This site contains affiliate links to products. We may receive a commission for purchases made through these links.
More reviews of Paul Cardall albums 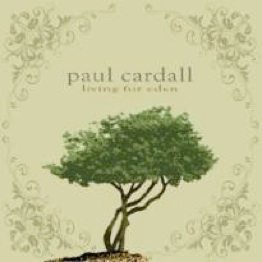 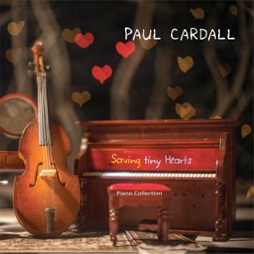