Peter's Website Peter's Artist Page on MainlyPiano
Album Links
Amazon (referral)iTunes
This site contains affiliate links to products. We may receive a commission for purchases made through these links.
Etheria
Peter Kater
2015 / Real Music
59 minutes
Review by Kathy Parsons
Etheria is the new fifth volume of The Elements Series that Peter Kater recorded on the Real Music label back in 2005. I loved those albums, which were titled Air, Earth, Water, and Fire, so it came as a very pleasant surprise that there was a fifth installment created almost ten years later. Kater’s piano and synthesizers are accompanied on some of the seven tracks by Richard Hardy on bamboo flutes, and soprano and tenor saxophones. For the huge body of music that Kater has released over the past 30 or so years, it is truly amazing that he has been able to go in so many different musical directions and still maintain such a consistently high quality of work - Etheria is no exception. The music on this album ranges from ambient and, well, ethereal, to approaching a haunting jazz style. Tracks range from more than 7 1/2 minutes to about 9 1/2, so the album flows organically and evolves at a leisurely pace. The album was created to represent the vast environment containing both our planet and its elements - etheria - and the music is suitable for meditation, relaxation, and/or pure listening enjoyment.

Etheria opens with “Heaven’s Window,” performed on piano and sax with atmospheric sounds and an angelic choir. Slow, peaceful, and very calming, it’s a beautiful beginning. “Celestial Light” is also very “heavenly” with piano, atmospheric sounds, and wordless vocals. More ambient than melodic, the sound soothes like a gentle breeze on a warm day. “Rising Sun” begins with an anthemic, church-like feeling with the choral voices chanting. The reverb is such that it sounds almost like it was recorded in a big cathedral. In the second movement, bamboo flute enters, casting an air of mystery. As this section develops, the choir re-enters, merging spirits and continuing as one. Breathtaking! I love “Violet Waves,” a peaceful bit of heaven for piano, flute, sax, light percussion, gentle background voices, and some beautiful keyboard enhancements. Sometimes tranquil and sometimes soaring, this is my favorite track. “Awakening Stars” goes much darker (duh!) with twinkling bells representing the sparkling stars and haunting keyboard sounds depicting the vast, black sky. Bamboo flute and piano flow together seamlessly to create feelings of calm restfulness and beauty. “Waxing Moon” begins in a very ambient style, but the sax enters and takes this piece to a more jazz-like place similar to music you sometimes hear in film noir. Intense and even a little scary at times, this piece stands out as quite different from the other six tracks. I really like the piece itself, but it isn’t what I would call “ethereal.” “Luminescence” returns to extreme peacefulness and an ambient, floating quality that soothes and gently uplifts as it brings this very effective album to a close.

Etheria was worth the wait for the fifth element of the series and fits right in with the other four. It is available from RealMusic.com, Amazon and iTunes. Recommended!
January 14, 2015
Peter's Website Peter's Artist Page on MainlyPiano
Album Links
Amazon (referral)iTunes
This site contains affiliate links to products. We may receive a commission for purchases made through these links.
More reviews of Peter Kater albums 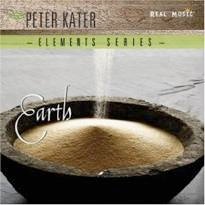 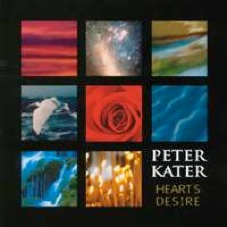 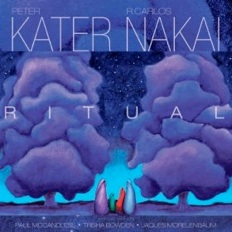