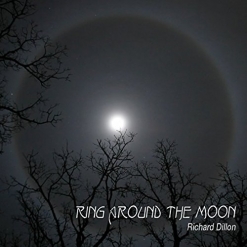 Richard's Website Richard's Artist Page on MainlyPiano
Album Links
Amazon (referral)iTunes
This site contains affiliate links to products. We may receive a commission for purchases made through these links.
Ring Around the Moon
Richard Dillon
2014 / Richard Dillon
47 minutes
Review by Kathy Parsons
Ring Around the Moon is a 2014 solo piano release from Seattle-based composer Richard Dillon. It contains thirteen original compositions inspired by the winter season and was recorded and mastered at Piano Haven Studio on Joe Bongiorno’s Shigueru Kawai grand piano. This isn’t a holiday album, but is a beautiful collection of pieces composed with the spirit of the winter months in mind as well as some of the wonders of that time of year. I recently discovered Richard Dillon’s music and am really enjoying getting to know it better! He has been playing the piano since he was a young boy and has studied music up through graduate degrees with the piano as his primary instrument. His music is very accessible, but new things reveal themselves the more you listen to it. Most of these pieces are spare and peaceful, creating an atmosphere of calm.

Ring Around the Moon begins with “Groundhog Saw His Shadow,” a slow and very open piece that sets the mood for the album. It starts out with a chilly, atmospheric feeling that very gradually warms a bit - a beautiful start! The title track is a little bit livelier, but is still “chilly” while expressing the magical feeling of seeing a ring around the moon. It seems like winter sunsets often display more brilliant colors than at other times of the year - or maybe they just seem that way since we don’t see them as often. “December Sunset” beautifully describes the profound peace that watching a sunset can give, fading into softness at the end. “Midnight Sleigh Ride” is a favorite. Sometimes fairly lively and sometimes very quiet, it captures the magical silence and sparkle of being out in the snow. The last part of the piece becomes much “bigger” and then ends the adventure. “Dreaming Of Hawaii” is a bit of a surprise as it could only be about the sunny beaches and warm breezes of the Islands - a common fantasy during the gray rainy months in the Pacific Northwest! “January Moon” says so much with a bare minimum of notes - gorgeous and very descriptive! In “February,” Dillon makes wonderful use of the damper pedal to create feelings of emptiness and cold. “Walking Through the Woods on a Snowy Evening” is especially interesting. It begins slowly with a very fluid tempo that is almost ambient. It gradually becomes steadier and more melodic, gently building to a much livelier dancelike tempo that sparkles and ends abruptly. Great piece! “Whiteout” has a lovely flowing left hand broken chord pattern while the right hand lightly dances around the upper registers of the piano - another favorite! “Hot Cocoa By the Fire” was performed by Amy Janelle, who imbues it with a warm, cozy feeling that’s just right and a sweet way to end the album.

Ring Around the Moon is a wintery delight from start to finish! It is available from RichardDillonMusic.com, Amazon, iTunes, and CD Baby. Highly recommended!

September 29, 2016
This review has been tagged as:
Kathy's Picks
Richard's Website Richard's Artist Page on MainlyPiano
Album Links
Amazon (referral)iTunes
This site contains affiliate links to products. We may receive a commission for purchases made through these links.
More reviews of Richard Dillon albums 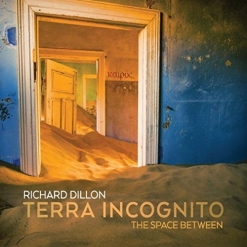 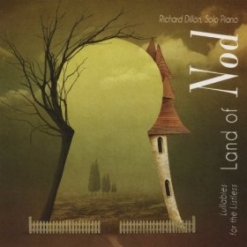 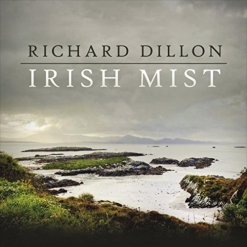