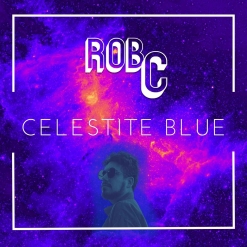 Rob's Website Rob's Artist Page on MainlyPiano
Album Links
Amazon (referral)Apple/iTunesSpotifyOther Streaming
This site contains affiliate links to products. We may receive a commission for purchases made through these links.
Celestite Blue single
Rob C
2021 / Rob C
4 minutes
Review by Kathy Parsons
"Celestite Blue" is the third single I've reviewed from Los Angeles-based composer, producer and keyboardist Rob C, and it's my favorite so far! Born in Chile, Rob C's music is influenced and inspired by his early experience as a pianist and keyboardist for rock and folk bands in Santiago, as well as classic rock, pop, electronic and Latin American folk music. No wonder his own original music doesn't fit neatly into any specific genre or category - always a plus, I think!

Rob C explains his approach to "Celestite Blue": "This is my attempt to do a dark retro wave piece in a time signature that’s typical of Latin American folk music but not as much in electronic music... I tried to not instantly give away the typical Latin feel that I’m used to."

The music tells a story without words about the healing properties of the crystal Celestite and is a reminder to practice mindfulness by staying in the present rather than worrying about the past or future. Expressing a variety of emotions and tonal colors, the message of the piece is upbeat and gives hope that everything will be fine despite all we've been through (and many continue to go through) during the pandemic.

"Celestite Blue" has a strong, compelling rhythm throughout its 4 1/2 minute playing time, making it very danceable as well as a great piece to listen to. It begins with a powerful rhythm, layering in more electronic instrumentation as the piece evolves. Near the middle, it feels quite dark and somber, but then the tempo gradually gets faster until the piece all but bursts with joy for the last minute or so.

"Celestite Blue" is available from Amazon and Apple/iTunes, as well as streaming sites like Spotify. Don't miss it!
July 13, 2021
This review has been tagged as:
Single Release
Rob's Website Rob's Artist Page on MainlyPiano
Album Links
Amazon (referral)Apple/iTunesSpotifyOther Streaming
This site contains affiliate links to products. We may receive a commission for purchases made through these links.
More reviews of Rob C albums 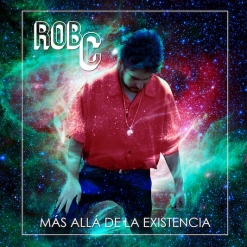 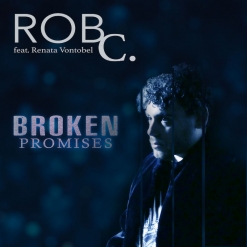