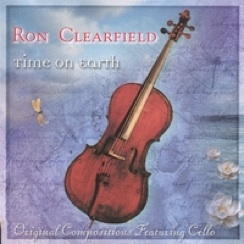 Ron's Website Ron's Artist Page on MainlyPiano
Album Links
Amazon (referral)iTunes
This site contains affiliate links to products. We may receive a commission for purchases made through these links.
Time On Earth
Ron Clearfield
2000 / Eversound/Dunrite Productions, Inc.
51 minutes
Review by Kathy Parsons
Ron Clearfield’s Time On Earth is a wonderful follow-up to his 1998 release, “Dream Manifestation”. It continues in a spiritual/religious vein that the listener is free to embrace or disregard. There is no preaching, but the themes are spiritual and mostly celebratory of life’s mysterious journey as well as the wonders of nature. The music is classical in scope, and Clearfield’s cello is more prominent on this CD than it was on the first. Clearfield is obviously a master of this often melancholy and always soulful instrument, but he allows the other musicians in the ensemble to shine as well. Strings, woodwinds, various percussion instruments, keyboards, vocals, and harp join the cello on the ten peaceful and soothing selections.

The title track is a powerful work with Latin lyrics that sound ancient and religious. They are in fact a translation of a secular poem, so the setting is what gives the theme the feeling of being in a large cathedral. The piece evolves into a lively anthem, and segues back to the vocal theme for a more somber close - possibly a musical depiction of the range of human experience from the dark and serious to the more lighthearted and joyful. “Rainforest Rain” shimmers with keyboards, woodwinds and light percussion - a fragile and ethereal piece. I love “Nana”, which is a Spanish lullaby for cello. Such a sweet and gentle piece! “Baqti” is much jazzier and more percussive, but sustains the peaceful mood of the CD. “Etude de Lumiere” is a tour de force for solo cello - very impressive as well as beautiful. “Dancer in the Light” features a rather unusual combination of cello and harp, accompanied by keyboards - delicate and glittering. “The Voice of a Forgotten Forest” is somber and mournful, as well as achingly beautiful. The cool dampness of the air in a forest breathes through this piece - my favorite track. Clearfield’s arrangement of “O Come O Come Emmanuel” is another stunning cello solo. “Prelude to an Enchanted River” is more ambient than melodic, allowing the listener to float on a gentle current of sound. The closing track, “The Journey”, is fully orchestrated, and Clearfield is joined by his local chamber orchestra. A rousing march of triumph, this piece would easily grace a film soundtrack. Very bold and full for the first movement, it evolves into a gentle second section with strings, French horn, and flute telling a much quieter and more serene story, ending the CD on a very peaceful note.

Ron Clearfield has become one of my favorite artists, and I highly recommend this CD if you like a classical style in a contemporary setting. There is nothing typical about this album, and there are no weak tracks - it sings and sails from beginning to end.
January 1, 2000
This review has been tagged as:
Kathy's Favorites: 2000
Ron's Website Ron's Artist Page on MainlyPiano
Album Links
Amazon (referral)iTunes
This site contains affiliate links to products. We may receive a commission for purchases made through these links.
More reviews of Ron Clearfield albums 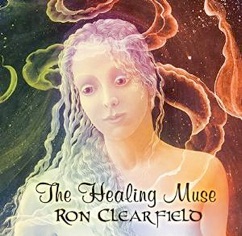 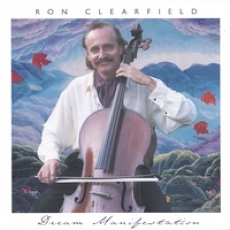 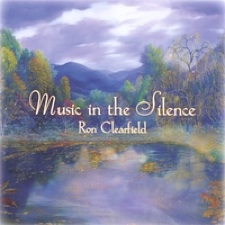